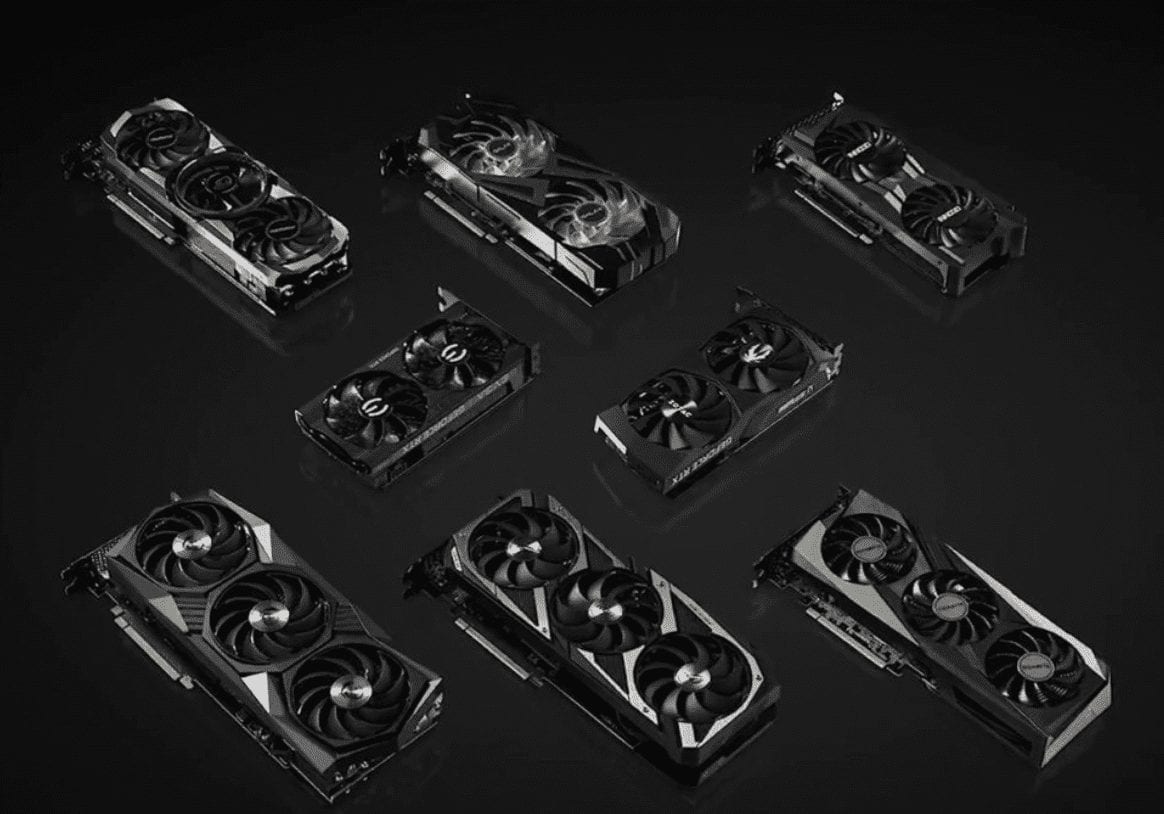 Nvidia has used CES to announce the launch of the RTX 3060 in late February 2021. This new card in the Ampere lineup fleshes out the range and brings the entry point to Ampere Graphics cards down to an expected MSRP of $329 – right at a time when the pricing of the RTX 3060 Ti is increasing to near $500. This GPU has the latest Ampere architecture but is the first graphics card to use a different core: until now all the mainstream Ampere GPUs have used the GA104 Core modified to different specifications for the relevant card. The RTX 3060 marks a departure in more ways than the unique core though: there’s also a revised VRAM specification to consider.

In this article, we’ll take a look at the details of the announcement and see what we can learn from it.

The closest competitor to the RTX 3060 is the already available RTX 3060 Ti. Whilst the quantity of memory is the most obvious difference, it would be wrong to make assumptions on performance on that basis. The key factor dictating a GPU’s capability is the specification of its core.

The RTX 3060 core is based on the same Ampere architecture and manufactured on the Samsung ‘8nm’ process as the RTX 3060 Ti. However, it makes do with 1,300 fewer shader units – 25% less. This reduction in shaders is replicated in the ray-tracing cores, numbering 28 not 38, and tensor cores of which it has 112 to the RTX 3060Ti’s 152. Given that the architecture is the same and the core clock speeds look to be comparable, we can extrapolate this to expect around a 20% reduction in shader performance vs the 3060Ti. Indeed most evaluations predict that this GPU performs at about the same level as an RTX 2070. The RTX and Tensor core counts mean that whilst this card will be capable of using features such as Ray tracing and DLSS image upscaling, the performance will be proportionately reduced. Given the heavy toll RTX exerts on even the highest-end GPUs performance, we can expect the RTX 3060 to be able to use only certain facets of RTX technology or else rely on partnering it with DLSS for acceptable performance.

Memory specification: The devil is in the details

The headline memory specification on the RTX 3060 sits somewhat out of place: It has 12GB of GDDR6 memory, which places it above every Ampere GPU except the RTX 3090 in sheer capacity. However, looking closer we can better understand some of the subtleties. This isn’t the very high-performance GDDR6X memory found in the RTX 3080 and 3090. Instead, this is standard GDDR6 as in the RTX 3060 Ti and RTX 3070. Furthermore, it’s operating across a restricted 192-bit bus, and this limits memory bandwidth to 360GB/s vs the 442GB/s bandwidth of the RTX 3060Ti and RTX 3070. The decision to use a 192-bit bus also partially explains the VRAM capacity: This bus width can access 6 Memory chips simultaneously, and those chips can be either 1GB or 2GB. Therefore, once a 192-bit bus is chosen memory options are limited to either 6Gb or 12Gb – and Nvidia clearly felt that 6GB was insufficient for this GPU. Nonetheless, it’s worth remembering that VRAM capacity on its own does nothing to help a GPU perform. What matters is RAM bandwidth, the speed with which the GPU VRAM can be accessed. In the RTX 3060 bandwidth has been reduced, and that will have a consequential effect on performance.

The conclusion when looking at the VRAM is that the 12GB headline capacity is something of a red herring. The actual VRAM specification is lower performance than the existing Ampere GPUs, and the reduced core of the 3060 is unlikely to be able to adequately manipulate the very high-resolution textures or resolutions that might necessitate more than 8GB VRAM. Discount the VRAM size when comparing this GPU to others, ir should not influence your decision because it has no bearing on performance in a card at this price point.

Performance expectations: is RTX on?

Looking at Nvidia’s launch presentation they clearly see the RTX 3060 as the spiritual successor to the GTX 1060 as the gold standard 1080p gaming GPU. This is a card that will exceed 60FPS in current AAA titles at 1080p, high or ultra settings. They’ve made one thing absolutely clear: They see RTX and DLSS as an integral part of these card’s capabilities. Their absolute dedication to RTX technology has seen them commit PR blunders in trying to ‘persuade’ youtube tech channels to promote the technology. In the launch announcement, they state that the GPU is capable of 60FPS with RTX and DLSS on in titles such as Shadow of the Tomb Raider and Watchdogs: Legion 2.

We’ve seen more titles adopting RTX and DLSS 2.0 this year and the two technologies operate hand in hand to some degree. RTX enacts a heavy performance penalty on a graphics card often halving frame rates as the RTX cores perform the complex calculations that generate real-time ray tracing for lighting, shadows, and reflections. DLSS grants some of that performance back by allowing the GPU to render at a much lower resolution internally – 720p for 1080p output for example – and then using AI networks and the tensor cores to upscale to the display resolution. This technology tends to undo the performance penalty of RTX allowing very high graphical settings at acceptable frame rates. It’s not a ‘free lunch’ though, and some blurriness and artifacts persist when the upscaling algorithms trip up.

It will therefore come down to personal preference and many people choose higher frame rates through disabling RTX features and rendering at the native resolution without DLSS. With the RTX and Tensor cores, this GPU seems more like a successor to the RTX 2060: a GPU that has the capability to use these features but actually makes better sense as a high-performance Graphics card at 1080p with them turned off. It may be that DLSS is the more useful technology enabling higher frame rates with minimal degradation to visual quality but it remains to be seen how capable the reduced Tensor core count is in performing this task. Hopefully, it will allow gamers to choose for themselves if they want higher refresh rates or prefer gaming at a native resolution without DLSS.

RTX 3060 vs The Competition

At present AMD hasn’t announced a direct competitor to the RTX 3060. The RX 5600 XT is a very strong 1080p GPU based on older RDNA architecture and should be priced at around $300. However, like its’ competitor the RTX 2060 it’s last-generation technology and very hard to find. Prices are often highly inflated – don’t overpay for this GPU.

The RX 5700 XT is probably closer in performance to the RTX 3060 but again it tends to cost around $400 at RRP were available at MSRP. The same can be said for the RTX 2070, which is now out of stock in most places and since it will perform similarly to the RTX 3060 but costs more, it’s not a GPU we’d recommend you purchase new at this time. In short, the RTX 3060 enters the market at a price point where there is almost no available competition and as such demand is likely to significantly outstrip supply once again.

Conclusions: The RTX 3060 is primed to be the ideal high performance 1080p Gaming GPU

Overall we expect the 3060 to be an excellent performer at 1080p, and the specification means it will also be very capable at 1440p. If you’re building a gaming PC targeted at 1440p ultrawide or 4k, you’ll be better off looking at some of the higher tier cards such as the 3060 Ti or 3070. The RTX 3060 hopefully fills a massive gap in the market at present: With the Turing generation 16 and 20 series Nvidia cards being out of stock and out of production buyers wanting a great 1080p option are forced to look at the second hand market. There too prices are heavily inflated. The RTX 3060 will provide a highly desirable option at a lower price point and should meet the needs of most gamers at 1080p.