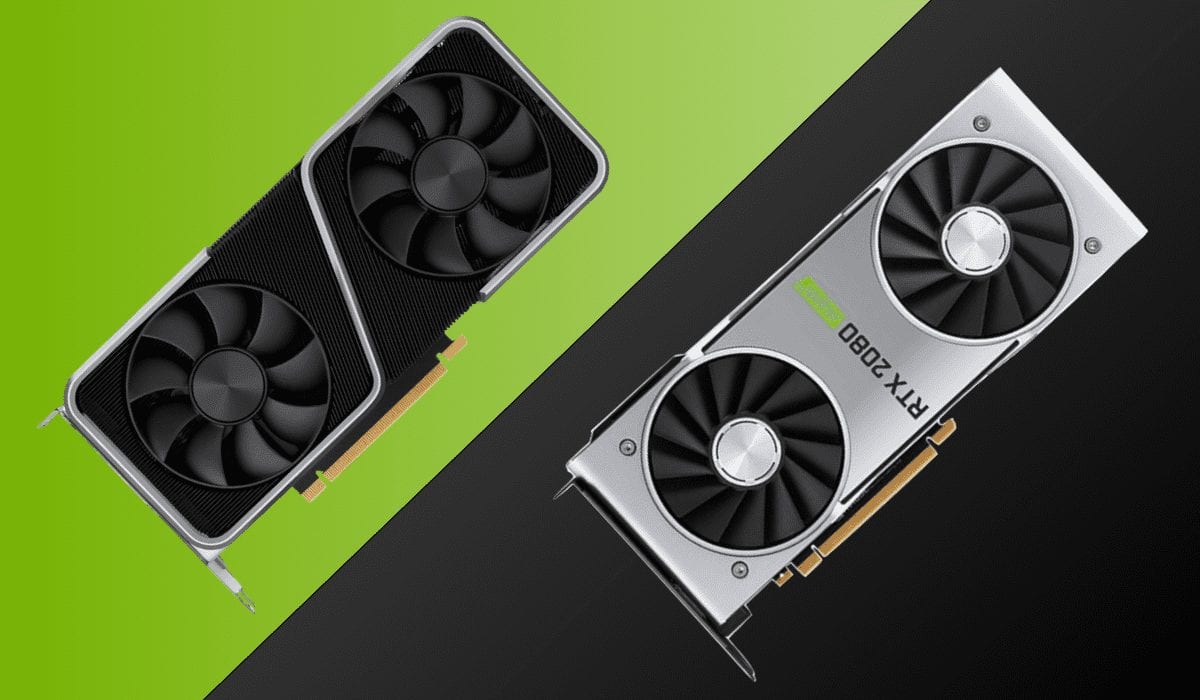 After the release of a new generation of GPUs, it’s only natural to compare these recent models with more expensive older ones, and see whether or not the generational leap is great enough to warrant an investment – because if it isn’t, these older models can be found at excellent prices.

A few weeks after the “release” of AMD’s two mid-range GPU options – the Radeon RX 6800 and Radeon RX 6800 XT – Nvidia decides to launch, what is currently, the cheapest GPU to feature their new Ampere architecture: The GeForce RTX 3060 Ti. It is this price range that the RTX 3060 Ti aims to dominate, as AMD has not yet announced, let alone release, an equivalently priced GPU.

Of course, this doesn’t mean that the RTX 3060 TI has no competition, since the new-generation consoles – the Playstation 5 and Xbox Series X – offer decent gaming performance at only a fraction of the cost of building a gaming PC: costing only $100 more than the RTX 3060 Ti itself. Of course, a console can only handle gaming tasks, where a PC can process far more diverse applications and can be upgraded later down the line.

So, let’s see how well this new Ampere RTX 3060 Ti graphics card fares against a previous generation GPU that had a 75% more expensive launch price, and determine if this new graphics card provides enough value to be placed in a build in today’s incredibly competitive PC hardware market.

With its 33% smaller processing node, it manages to fit an extra 3.8 billion transistors in a die that is 153 mm² (28%) smaller in size than the GeForce RTX 2080 Super. It has less TMUs, Tensor Cores, and RT cores, but makes up for it by using their next generation equivalents that are capable of outputting twice the throughput. This allows the GeForce RTX 3060 Ti to effectively surpass the GeForce RTX 2080 Super in theoretical performance; both in the FP32 range, as well as the pixel rate – assisted by its 58% more CUDA cores and 25% more ROPs.

The VRAM of these two models is identical in terms of storage size, but the GeForce RTX 2080 Super does have a slightly faster bandwidth. Of course, this will result in little to no difference in terms of performance, at least when it comes to gaming.

Most of the features that are included with these two GPUs are identical, though the GeForce RTX 3060 Ti uses them in a more efficient fashion. DLSS 2.0, next generation ray tracing, and further optimized Nvidia Reflex are just some of the inherent advantages in the newer Ampere architecture. Both RTX GPUs still share Nvidia’s AI boosted Studio and Broadcast platforms, GeForce Experience, and G-Sync. With the purchase of a GeForce RTX 30 Series GPU, one also receives a 1-year membership for GeForce NOW.

Currently, neither of these two GPUs are easy to find, and, if by chance, you do find them, it will be at a much higher price than their original MSRP; thanks to the overwhelming demand, Nvidia’s low amount of stock, and, of course, the ever-so-pleasant scalpers. If we were to compare the launch price of the two graphics cards, the GeForce RTX 3060 Ti is clearly superior, but, when it comes to availability, the GeForce RTX 2080 Super does have more units circulating, as it can be found in a used condition at an excellent price.

The benchmarks prove what the specifications make apparent, which is that the GeForce RTX 3060 Ti is the superior graphics card in all aspects related to gaming applications. It not only outperforms the GeForce RTX 2080 Super in the 1080p and 1440p resolutions, but surprisingly enough it also surpasses it in 4K as well. Perfect for a 1080p 144 Hz monitor, a 4K 60 Hz monitor, and perhaps even a 1440p 144 Hz monitor if the graphics of the gaming title are scaled down.

Because of its lower MSRP, the GeForce RTX 3060 Ti displays almost double the value for its price. In fact, it places first in every price-to-performance category tested by TechSpot.

Overall, it’s hard to argue in favor for the GeForce RTX 2080 Super against the RTX 3060 Ti, no matter what the intended use for them will be. Even for half its original price, the GeForce RTX 2080 Super would still not be worth the investment – not so much for the difference in performance, which is not that significant, but due to the newer architecture and technologies of the RTX 3060 Ti that will be further optimized as the new generation of games progresses.

But, all-in-all, this comparison serves to demonstrate how much technology has progressed in only a couple of years, to where the new generation $400 GPU can outperform the same company’s $700 graphics card that launched in July of 2019 (September of 2018 for the GeForce RTX 2080). Great for new PC builders, and inevitably frustrating to those who invested in the previous generation GPUs, but that’s the way the cookie crumbles for PC hardware components.