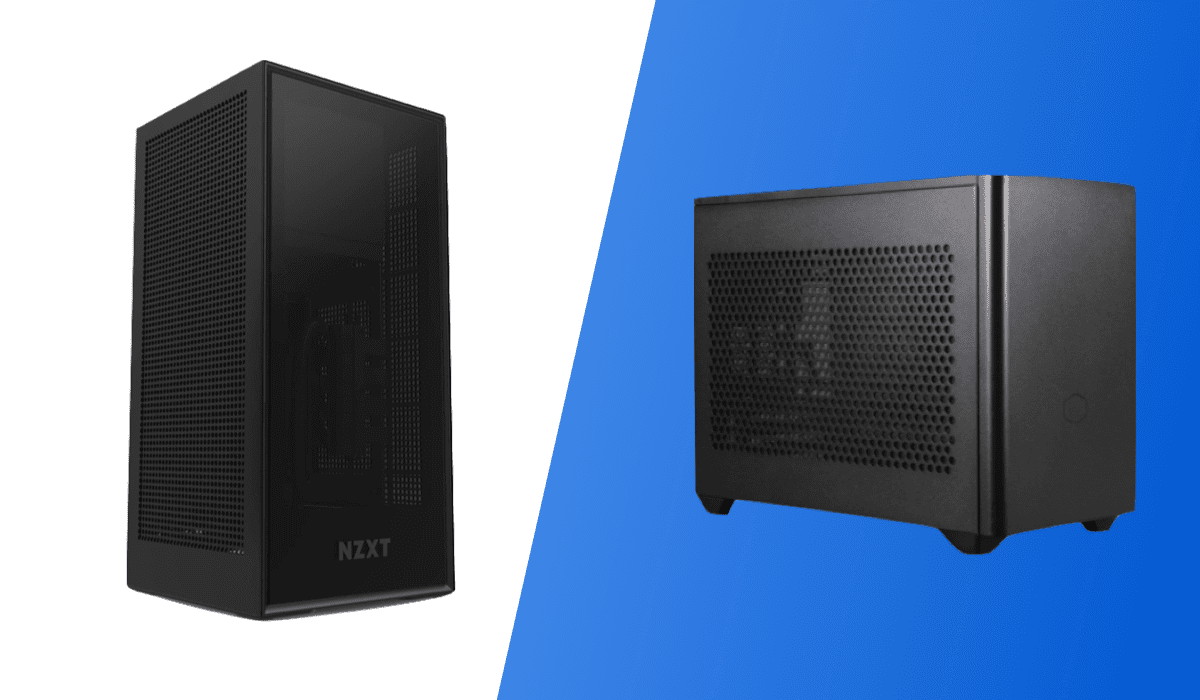 Small Form Factor (SFF) cases have been gaining more and more popularity as time has gone by; for technology has been improving to the point where it allows for higher levels of performance in a smaller hardware package. With SFF cases, not only do you have a PC that takes up far less space on your desk, or area of work, but you also have a much more portable machine that you can transfer between rooms, offices, or even homes.

Given the release of the new X570, and upcoming Z590, mini-ITX motherboards – as well as the release of Nvidia’s GeForce RTX 30 Series and AMD’s Radeon RX 6000 Series GPUs – there has never been a better time to build a brand new PC, of any form factor for that matter.

Finding the case to fit the GPU of your choice, and the appropriate cooling to match, is the most difficult part of building a SFF PC, as the limited amount of internal space allows for very few compatible options.  For a case to be classified as “SFF”, it must have a total internal space with a volume that does not exceed 20 liters. Finding such cases from mainstream PC hardware manufacturers can be difficult, as options are quite limited. Two popular options that do exist are the NZXT H1, and Cooler Master’s MasterBox NR200.

These two cases both do fit the small form factor specifications, but they couldn’t be any more different. The NZXT H1 is more of a pre-made, and easy to put together, option, whereas the MasterBox NR200 is slightly larger, but far more flexible and customizable case

If you are trying to decide between which of these two models to models, this article will help you find the best case for your needs, as we will analyze the differences between the two and provide you with a rundown of which option best suits the preferences of different setups.

The biggest difference between the two cases lies in the fact that the NZXT H1 allows for no custom cooling, as it is instead dependent on the cooling of the individual components. The integrated 140 mm liquid AIO cooler of the CPU, a 120 mm fan on the PSU, and whatever fans the GPU will have are going to need to keep the PC cool during operation. On the other hand, the Cooler Master NR200 has two included case-fans: Cooler Master’s own Sickleflow PWM models. These fans can output 62 CFM of airflow and 2.5 mmH2O of static pressure.

The Cooler Master NR200 also allows for the installation of up to five additional case-fans, which is incredible for a SFF case. This same cooling space can also be used for liquid cooling, as radiators are supported for the rear, bottom, and side of the case. Additionally, there is 155 mm of CPU cooler clearance, meaning that you can install a low-profile air CPU cooler, like a Scythe Big Shuriken 3, or a slightly larger CPU cooler, like a Noctua NH-U9S or a NH-C14S.

Both cases also have included dust filters: three for the NZXT H1, and four for the MasterBox NR200.

The 32% larger size of the MasterBox NR200 also allows for a larger GPU to be installed, as it is compatible with graphics cards that have a three-slot heatsink thickness, and a length of 330 mm –so the majority of full-sized GPUs will fit in this case. On the other hand, the NZXT H1’s space limits will not allow most Nvidia GeForce RTX 30 Series graphics cards, as all GeForce RTX 3080 and 3090 models are incompatible, and only the GeForce RTX 3070 Founder’s Edition and ASUS Dual variants will fit.

If you plan on carrying-over a 3.5-inch HDD to your new SFF build, then the MasterBox NR200 will be the only compatible option, as the NZXT H1 cannot accommodate these hard drives. It can, however, hold two 2.5” SSD/HDDs. The MasterBox NR200 allows for three 2.5” SSD/HDDs via two dedicated 2.5” slots, and one hybrid 2.5” or 3.5” slot.

The NZXT H1 comes with a pre-installed 650-watt SFX-L 80-Plus Gold power supply, with a fully modular cable design that is cooled by a 120 mm fluid-dynamic bearing fan that has a mean time between failures of 100,000 hours. This PSU should be able to accommodate the majority of builds, as CPUs and GPUs are becoming more and more power-efficient, and still have rather low TDPs. Also, given that higher-end full-sized GPUs do not fit in the case, 650 watts should be more than enough power.

The MasterBox NR200 includes no such PSU, but it allows for an SFX or SFX-L PSU to be installed. This, of course, allows for more flexibility in regards to the wattage of the power supply, as well as its 80 PLUS efficiency rating.

The connectivity found in the I/O panel of both cases is very similar, with the only difference being that the Cooler Master NR200 has two USB 3 Type-A ports, whereas the NZXT H1 has one USB 3 Type-A, and one USB 3 Type-C ports. Both do include a 3.5 mm headset audio jack.

Given the additional value of its integrated liquid AIO cooler and SFX 650W Gold PSU, is the NZXT H1 worth the additional $250 it costs? Well, it really depends on whether or not you are looking to build your PC from scratch, or whether you want the process to be easy, straightforward, and quick.

Having the case manufacturer take care of cable management, cooling, and even the PSU, is incredibly convenient; as all you need to do is install the motherboard, CPU, and GPU and you are ready. The GPU will, thus, be the only component you will need to check the dimensions for. On the other hand, if you don’t mind going through the extra effort, you can add even more powerful cooling, and a better rated PSU, for the same price as the difference between the NZXT H1 and the Cooler Master NR200, more or less.

All in all, convenience will be the deciding factor on which option is better suited for your needs. The Cooler Master NR200 does offer more value for its price, which is traded for easy-installation bundled in the purchase of the NZXT H1.