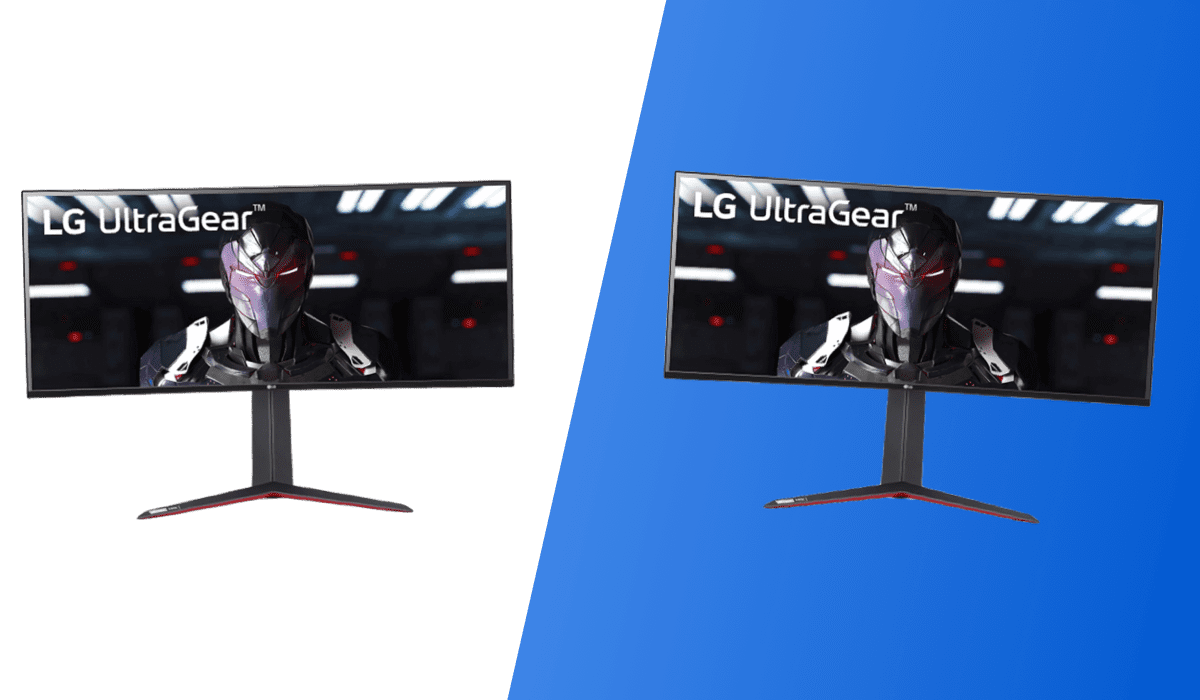 Ultrawide monitors are for gamers looking to get the most immersion possible out of their display. As opposed to more standard dual monitor setups, an ultrawide presents a seamless experience that no other monitor configuration can rival. These premium displays are top-of-the-line and will require a hefty investment compared to smaller displays with similar specifications and features.

This comparison guide will be taking an in-depth look at two very similar ultrawides to see what the key differences are and which one is the better value. The LG 34GP83A and LG 34GN850-B are two stellar ultrawide monitors from LG that are neck-to-neck in terms of performance and feature set. Parsing apart the differences between monitors like these can be difficult for the average user, especially considering those product names.

These nearly identical curved 34-inch ultrawide displays share the same matte black design with red accents on the back of the display and the bottom of the stand. The design is simple yet elegant. It won’t look out of place in a professional workstation with its impressively thin bezels and a simple color scheme.

The stand is well-designed and allows for a wide range of tilt angles as well as a slider for height adjustment. There’s a notch in the back of each display’s stand for easy cable management. Users can also pop the stand off to gain access to a standard 100x100mm VESA mount. Just make sure to purchase a monitor arm that is up to the task of hoisting one of these 20 pound displays up. With no differences to be found in terms of aesthetics, we’ll have to take a closer look to see where these two displays differ.

Both 1440p QHD displays feature nano IPS panels with quick 1ms response times and a refresh rate that clocks in right at 144Hz out of the box and can reach 160Hz through overclocking. Additionally, both displays are capable of reaching a peak brightness of 400 nits, making it easy to use either monitor even in brightly lit rooms. Again, the displays boast the same base resolution and main features. Moving on to color accuracy presents a similar story.

The LG 34GP83A-B and LG 34GN850-B each support 98% of the sRGB color space and have 1000:1 typical contrast rations. Even the number of colors displayed lines up at 1.07B. This is certainly a close comparison. Both monitors are HDR-ready, support G-Sync, and have identical proprietary features such as Dynamic Action Sync and Black Stabilizer. While neither monitor is marketed at professionals, each does have workable color accuracy out of the box. With some tweaking and manual calibration, either display can serve as a decent workstation monitor for hobbyists. Professionals will want to turn to something with a wider color gamut as well as better calibrated colors.

Again, the displays remain the same. They have identical connectivity options with 2x HDMI, 1x DisplayPort 1.4, 1x USB 3.0, 2x USB 2.0, and a headphone out port. There was some debate about whether or not the LG 34GP83A-B  had the same up-to-date DisplayPort 1.4 or an older 1.3 variety, but tests have confirmed that the ports are the same on each mode.

With every feature being the same, one would expect the prices to line right up as well. Surprisingly, the LG 34GP83A-B is by far the better value deal. It is also quite a bit easier to buy with the LG 34GN850-B not currently having any new models listed on Amazon. The LG 34GP83A-B retails right around $799 while the LG 34GN850-B can run upwards of $999 brand-new.

Despite being nearly identical, the LG 34GP83A-B is the clear winner here due to its consistent pricing and better value. So, what exactly are the differences between these two models if their specification sheets are the same? We’ve found that there are some slight differences in the menu and navigation tools for the monitor with it being a toss-up between the two as to what users prefer. With such identical features, it’s simply best to go with whichever monitor is closer to the $799 price point.