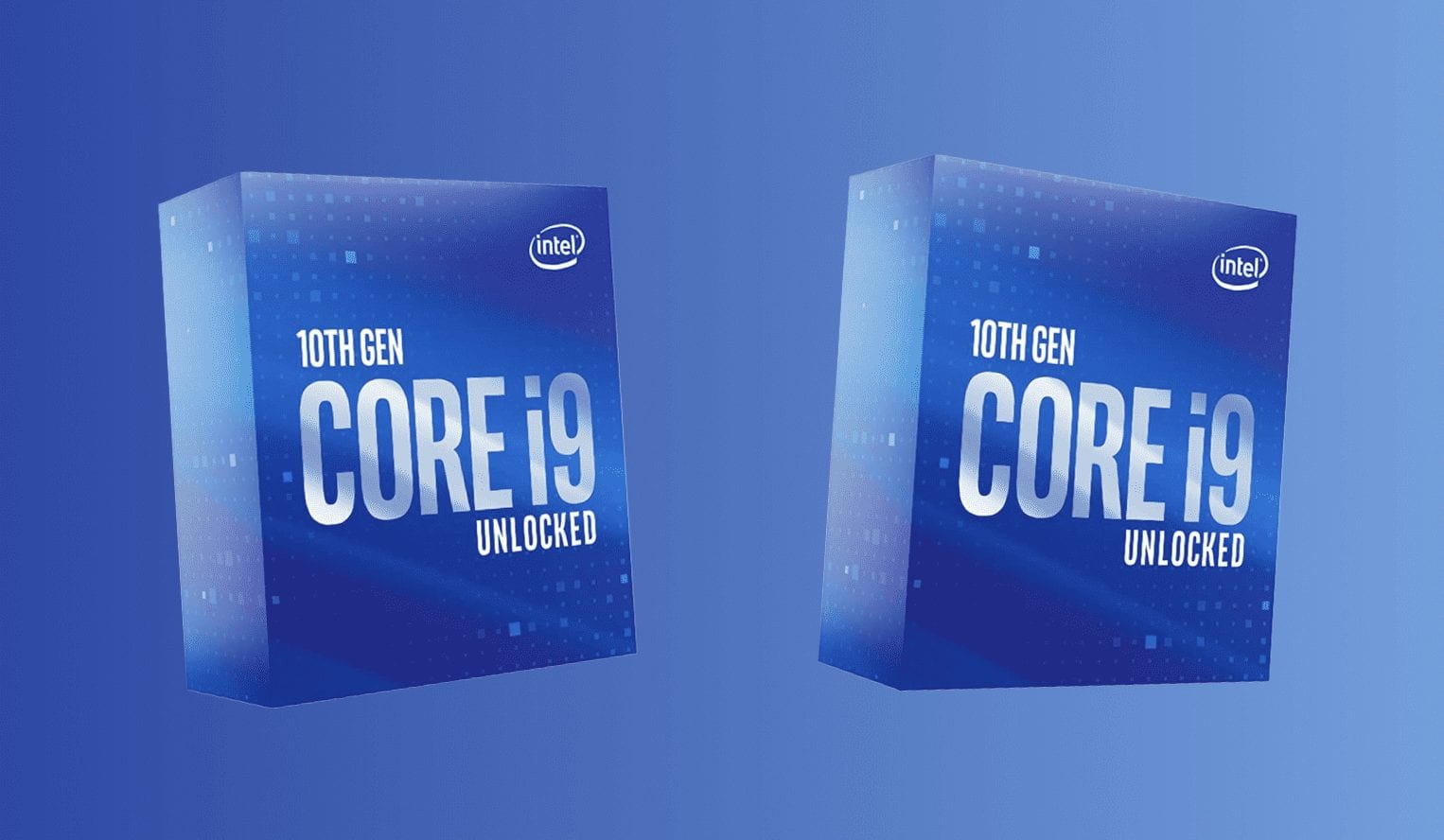 Intel’s i9-10900K is the flagship of the Comet Lake CPU line up. With a huge 10 cores, hyperthreading, and 5.3GHz Peak clock speed this CPU is the most powerful and versatile consumer CPU Intel has released. However, shortly after the launch stock dried up and prices shot up. Then a couple of months later the i9-10850K appeared on the scene with a very similar specification but a $50 lower price tag. So what’s the difference between the i9-10900K and i9-10850K, and do you lose out if you opt for the i9-10850K?

The key point here is that the i9-10900K and i9-10850K are essentially identical. They have the same number of cores, the same amount of cache memory, and the same feature set. Both can be overclocked. They even have the same power draw although the usefulness of their ‘Thermal Design Power’ at 125W is minimal – both of these CPUs can more than double this power draw in a boosted state and your Power supply, motherboard, and cooler choices should all account for a 250W demand from the CPU. The only difference is in the peak boost clocks achievable under Intel’s ‘Thermal Velocity Boost’ regime, whereby the CPU lifts boost clocks where it deems there are power and thermal capacity available for it to do so. The i9-10850K has these limits just 100Mhz lower than the flagship i9-10900K.

The similarities of these products derive from Intel’s expectations of the CPUs and their internal quality control processes. Intel decided that in order to be named the i9-10900K a CPU had to be capable of hitting 5.3Ghz Clock speed under ideal conditions. However, combined with the complexity of manufacturing a monolithic 10 core CPU, they found that their yields weren’t of sufficient quality to meet that specification. Significant numbers of the chips would however reliably hit a boost clock of 5.2GHz and so became the i9-10850K. This new product fulfilled the demand for Intel’s top-flight chip without the need to re-specify a product after launch.

What are the differences?

The first point to note is that performance differences are infinitesimally small between these two products. Extensive benchmarking conducted by sites like Anandtech shows that the performance is within a margin of error in almost all situations.  You will not notice any performance difference in gaming or productivity work if you opt for an i9-10850K in the place of an i9-10900K. It would be wise to save the $50-$150 price difference in order to maximise some other system components like RAM, SSD space, or even a higher tier GPU.

What you may notice is slightly lower efficiency in an i9-10850K, meaning slightly higher power draw and temperatures. This is because higher quality silicon in the i9-10900K is more efficient, requiring less voltage to achieve the same performance and thus expelling less heat. Again, the differences are not huge with the 10900K requiring 250W at peak load, and the i9-10850K requiring 270W under the same workload. Note that whichever part you choose you will need an absolute top-tier cooler to allow extended operation under full load. This is particularly important because the ‘Thermal Velocity Boost’ only achieves peak clock speed where thermal and power headroom exists. You will also need a very high-quality motherboard with voltage delivery circuitry capable of supporting either CPU but these requirements don’t change with either CPU – both need the same class of CPU, motherboard, and power supply.

In almost all cases the i9-10850K is the sensible choice: It performs the same to all intents and purposes and saves money. The downsides of slightly higher power draw and heat are inconsequential in the context of both options drawing around 250W and requiring top-tier cooling solutions in any event.

If you want the absolute ultimate in performance, particularly if you plan on overclocking or custom cooling the CPU, then the i9-10900K may be your preferred chip. It is a higher binned part with better quality silicon, earning it that flagship ‘10900K’ title.

Intel has never shied away from confusing naming schemes and the Comet Lake i9 is no exception. The letters after the CPU name denote the following: