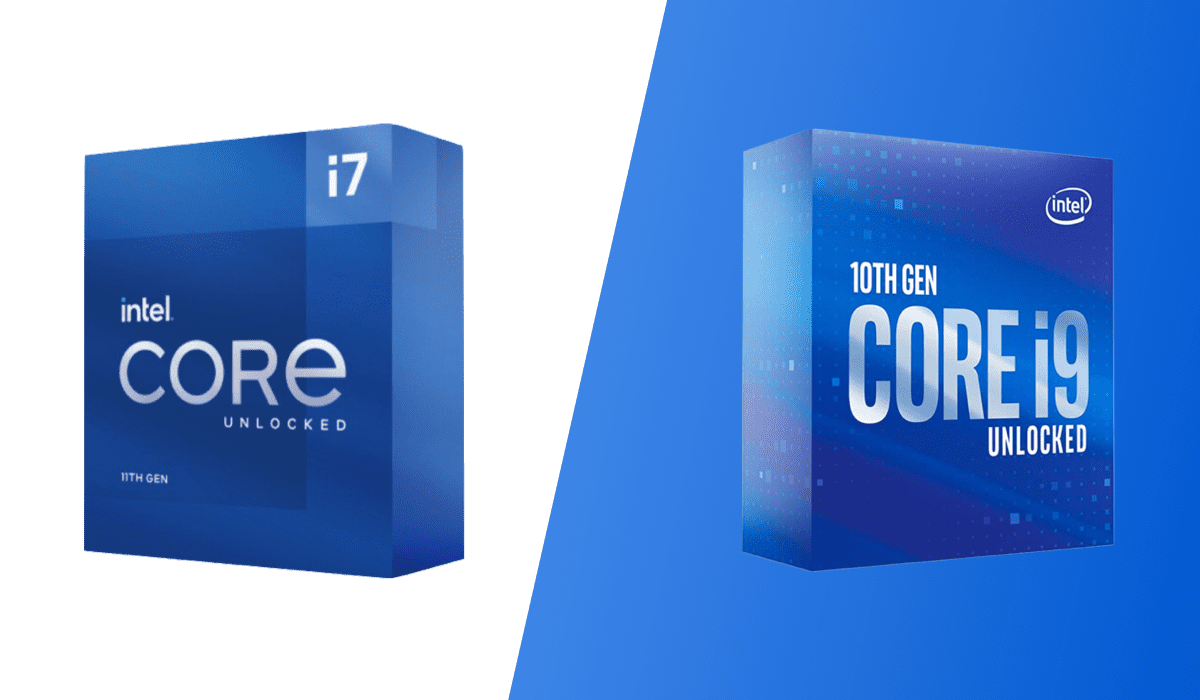 Intel’s 11th generation of processors launches in mere days, one year after the 10th generation hit the market. The Core i9-10900k was the flagship processor of the previous generation, featuring great specs and scores across most benchmarks. Early benchmarks show that the Core i7-11700k packs a similar punch, but may not be as big an upgrade as many expected. Some users are even questioning why an 11th generation was necessary so quickly.

The 11th generation of Intel’s chips marks a change in microarchitecture and build method, the first of its kind for the desktop lineup since Intel’s 6th generation. Named Cypress Cove, it replaces Intel’s Skylake microarchitecture starting this year. It’s based on Intel’s Willow Cove architecture used in their laptop and mobile processors at 10nm size. Matching the 14nm scale seen in previous generations, the 11th generation of desktop CPUs has earned a new title and some changes. Most notably, a reduction in core and thread count across the board.

While that can sound like a terrible thing, it may not actually affect most users. The speeds of the 11th generation cores should make up the difference by featuring an increase of up to 19 percent in IPC (instructions per cycle) over the 10th generation. The question now becomes how the newest i7-11700k will match up to the previous flagship i9-10900k. The two chips are remarkably different in core count, thread count, and speeds. While the 10900k wins on paper in all categories, the 11700k could still offer a better value and performance with optimization.

The MSRP of the i7-11700k is $399, while the previous flagship i9-10900k is generally listed between $488 – 499. The price difference of almost $100 could be a deciding factor as more benchmarks release and the processors are properly compared. While Intel promises better performance across gaming and other sectors in the 11th generation, official reports have only compared the 10900k to the 11900k – placing the i7-11700k somewhere likely in the middle.

Taking a proper look into the specifications of each model, as well as available benchmarks, should help find what the strengths of each are.

Intel’s newest i7 processor stacks up promisingly on paper. Chief among interest are upgrades to memory speed, which should futureproof the purchase. The i7-11700k includes eight cores and sixteen threads, an L3 cache of 16MB, and continues to feature Intel’s 14nm architecture. Its base speed is a slightly lower 3.6 GHz that reaches 5.0 GHz through Intel’s boost clocking feature. Overclocking features like Intel’s Turbo Boost Technology and Thermal Velocity Boost help the processor reach its higher clock speeds, and Intel’s included tuning software gets a welcome UI and feature update with this generation.

The i7-11700k also features an upgrade to Intel’s integrated graphics, although using a dedicated graphics card with this chip is still expected. It features Intel UHD Graphics 750, improving DirectX and OpenGL support. While relying on this integrated GPU, issues in graphics-heavy programs are still likely to occur. The processor launches soon, March 30th, 2021, and has an MSRP price of $399.

The Intel Core i9-10900k sports an incredible ten cores and twenty threads, numbers that will, at least temporarily, remain only in Intel’s 10th generation. The 11th generation trades these additional cores for some other upgrades and faster base speeds across the board, but this i9 still boasts numbers better than the 11th generation i7. The i9-10900k features a base clock speed of 3.7 GHz and a boost up to 5.3 GHz using Intel’s Turbo technology. It also features an expanded L3 cache of 20 MB.

Memory speeds are lower on the 10900k than the newer 11700k, officially supporting only up to DDR4-2933. While likely not an issue for current builds, those looking to be on the cutting edge of tech may want an upgrade sooner rather than later. The maximum memory bandwidth of the 10900k is also lower at 45.8 GB/s.

In the vast majority of builds, the i9-10900k will feature alongside a dedicated graphics card. However, on the off chance that this is not the case, the CPU features Intel’s UHD Graphics 630. While serviceable, it will almost certainly lag on graphics-rich applications such as games and video processing. The i9-10900k launched fully in quarter two of 2020, so availability should no longer be an issue.

While the i9-10900k has been thoroughly benchmarked and tested across a variety of systems, Intel’s existing NDA on the 11th generation processors makes finding benchmarks for the i7-11700k challenging. Luckily, the NDA applies only to review units – not normal units that some people have managed to get their hands on. It is important to note that, for the i7-11700k benchmarks available, the memory used may not be top of the line. Intel’s processors have a history of being memory reliant, so this could skew early results particularly hard. This is especially true when compared to the lower memory speed ceiling of the i9-10900k. Finally, many of the i9-10900k builds have been optimized, while testing is still young on the i7-11700k. While benchmarks are still valuable, the official release and testing of the newest processors could change things.

One of the most reputable benchmarks comparing these two processors is The Geekbench 5. The i9-10900k scores around 1350 points in single-core testing. Its multi-core testing score soars that number into the 9500 range. Due to the reduction in cores, a drop in the multi-core score is likely for the i7-11700k.

Largely, this holds true through the Geekbench 5 scoring. The i7-11700k scores between 1600 – 1700 in single-core tests, exceeding expectations. For multi-core tests, it falters to roughly 8000 points. Despite having a lower base clock speed than the i9-10900k, it seems Intel’s upgrade to a new architecture has paid off. However, the reduction in cores will likely affect performance in certain sectors such as video and photo rendering, 3D modeling, and more. Gaming, on the other hand, tends to be more reliant on individual core speed rather than multi-core capabilities.

One of the most notable areas where the 11th generation beats out the 10th is in memory capability. An increase in official memory speed of 2933 to 3200 MHz could be important as higher speed RAM becomes common. Future testing after release should confirm or deny the importance of this change. Intel processors often benefit greatly from high-speed memory, and nothing about the newest generation suggests that this will change.

Of course, this higher speed support may not matter to some users. The i9-10900k can already support memory at higher speeds than 2933 through overclocking. For people who enjoy pushing their systems to the limit, the question then changes to what the top is for the newest generation. The official cap increase could also signal higher overlock support.

Intel’s Core i7-11700k offers small improvements over the 10th generation processors. Its faster single-core benchmarks and higher memory speeds could be reason enough to choose this CPU. Better core speed optimization means that games and other single-core applications will likely run better on the i7-11700k than the i9-10900k. Support for higher speed RAM also makes the i7-11700k the better option for future-proofing builds. Gamers and those who care more about single-core speeds who can find an i7-11700k will find it the better value option.

The Core i9-10900k’s higher core count and base speed are great reasons to get one. Multi-core operations like video-editing and 3D modeling shine on this processor. For creative and workstation machines, the 10th generation i9 takes the lead as the better option. Still touting good single-core speeds, it is the better all-around processor of the two. The only concern is the higher price of at least $100 MSRP.

For builders who do a bit of everything, the Intel Core i9-10900k is the safer buy. While the 11700k seems to have higher single-core speeds, the i9 still shines in all categories. The i7-11700k’s multi-core speeds are a downgrade that’s hard to justify. This is especially true for anyone who uses programs that take advantage of the i9’s two extra cores.

Interested in the i9-10900K? We’ve compiled guides to the best PC components to pair with the processor. You can check them out here: