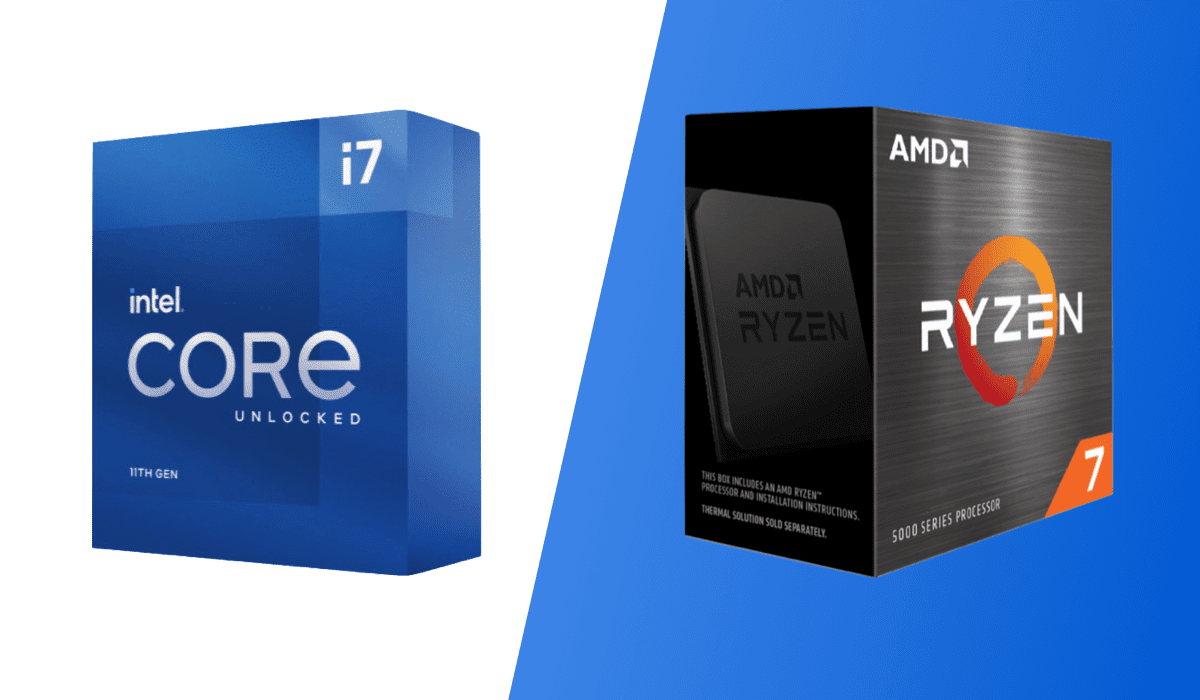 The long-awaited launch of Intel’s series of Rocket Lake CPUs that were announced back in December 2020 is finally upon us. With just a little over a week until the official release of the chip, many consumers and reviewers have managed to get their hands on the powerful new technology and give their honest opinions. A product leak at the start of March from a German retailer called Mindfactory allowed quite a few eager consumers to get first-hand experience with the i7-11700K a whole month ahead of the launch date.

Now, the final benchmarks and numbers may vary slightly based on final tweaks and updates to drivers, but we have a fairly comprehensive understanding of how this CPU will perform and, most importantly, how it will stack up against AMD’s Ryzen 5800X. Intel revamped their Cypress Cove 14nm chip design in the hopes of competing with AMD in multi-thread performance while skating past in single-thread performance, as Team Blue has done in past generations. But Intel has a high bar to match. Team Red has gained a lot of momentum these past couple of years with their absolute domination of budget and enthusiast-level CPUs. Let’s see if Intel can regain footing and make a mark with the impressive Rocket Lake i7-11700K.

Both chips come out of the gate with a powerful 8 core 16 thread infrastructure that is capable of delivering top-of-the-line performance in gaming and workstations tasks. AMD’s denser 7nm

node design for the 5000 series of CPUs does mean that it can reach higher levels of performance without drawing as much power as Intel’s slightly dated repurposed 14nm nodes. With the current mining boom and subsequent PSU shortage, the lower draw of the 5800X at a peak TDP of 125w while the i7-11700K has been benchmarked siphoning power at a staggering rate of 225W during intense workloads.

More power draw means more power and performance, right? Well, there’s more that factors into a CPU’s performance than just the clock speeds obtained. The early benchmarks and tests show that the chip matches Intel’s claimed 3.6GHz base clock speed while being overclockable up to a lightning-fast maximum speed of  5.0GHz. While these are certainly some impressive speeds, it seems that Intel has failed to match the same clock speeds available in their previous Comet Lake chips. You truly can be your own worst enemy. The previous generation i7-10700k touted 3.8GHz base clock speed and touted a lofty 5.1GHz during overclocking.

Again, the differences between the two generations are more significant than simply going off of clock speeds, but many expected the improvement of the Cypress Cove chipset design would bring about an improvement in this metric.

However, the important factor is how those speeds stack up against the Ryzen 5800X. It’s a close race. The Ryzen chip has a slightly higher base clock speed of 3.8GHz while only being overclockable up to 4.7GHz. While the Ryzen chip has a few extra tricks up its sleeve that allow it to make the best of those speeds, the crown for raw speeds has to be handed to the new Rocket Lake CPU this time around.

The i7-11700K does have a decently-sized 16MB L3 cache, which allows the chip to compute certain tasks faster by not having to communicate with your desktop’s RAM as frequently. It eliminates that extra step by caching a small amount of frequently used data. 16MB has been an impressive figure to beat in past generations, but the current generation AMD CPUs decided to break ahead and offer 32MB L3 caches. Having that slightly larger pool of memory to access can mean all of the difference when it comes to speedier loading screens and any application that requires quick access to cached memory.

Early benchmarks are also showing that all Rocket Lake CPUs aside from the top-tier i9-11900K can only use the cached memory at half of its available frequency of 3200MHz. Comparably, the Ryzen 7 5800X can take full advantage of its equally powerful DDR4-3200 memory without compromise. The L3 cache is but one minor factor in CPU performance, but every metric matters when these two giants battle it out.

For those looking to get up and running without an external graphics card, Intel has and will continue to be the right option. As with most of their previous generation CPUs, the i7-11700K comes packed with integrated graphics. This time around, the company has continued its trend of revamping old designs and includes previous generation Tiger Lake’s UHD 750 Graphics with these chips. It won’t run AAA titles at max settings, but consumers worried about acquiring a GPU at a reasonable price with shortages across the board may find Intel’s integrated graphics to be a decent placeholder.

Usually, AMD offers a quality mid-range cooler to go along with their CPUs while Intel goes for a more minimal approach of simply providing a CPU and nothing else. That’s not the case with the Ryzen 7 5800X. AMD decided to opt-out of including an in-box cooling solution like the Wraith Stealth that’s included with the Ryzen 5 5600X. AMD claims that their enthusiast-level CPUs require a dedicated cooling solution that an in-box cooler simply could not handle. Likewise, Team Blue sticks with tradition and does not include a cooling solution of any kind.

Early benchmarks are in for the i7-11700K! Even though many have gotten their hands on these chips, it’s good to keep in mind that slight updates to drivers and tweaks to the base infrastructure of the chip can still happen before an official release rounds the corner.

Single-thread CineBench R20 scores peg the i7-11700K right behind the Ryzen 7 5800X with a score of 577 and 627, respectively. The same is true for the multi-thread test with the i7 scoring 5,631 and the Ryzen chip landing at 5,831. Both tests see the Ryzen 7 5800X rising ahead in terms of performance, but the scores are within a reasonable margin of error to see them as nearly equal. And those final updates from Intel may make that gap close. But, for now, AMD ekes out ahead.

AMD is usually the company moving to undercut prices and compete with Intel by delivering more power for less money. But it seems that the companies have swapped roles with this new generation of chips. The Ryzen 7 5800X goes for $449 on most retailers like Amazon while the i7-11700K can be pre-ordered for as low as $418 on Amazon. That cut in price makes it an attractive option, especially since it only lagged slightly in benchmarks compared to the Ryzen 7 5800X.

The quicker clock speeds, integrated graphics, and competitive price point make the i7-11700K a solid option for enthusiasts looking to stick with or come back over to Team Blue. These chips can keep pace with AMD’s new Ryzen 5000 chips and even, at times, outperform them. With such limited and narrow benchmarks that are within a reasonable margin of error, the i7-11700K looks to be the better option of the two. Time will tell when the chips make it into the hands of the masses. But, right now, the i7-11700K looks like the more competitive option between the two.