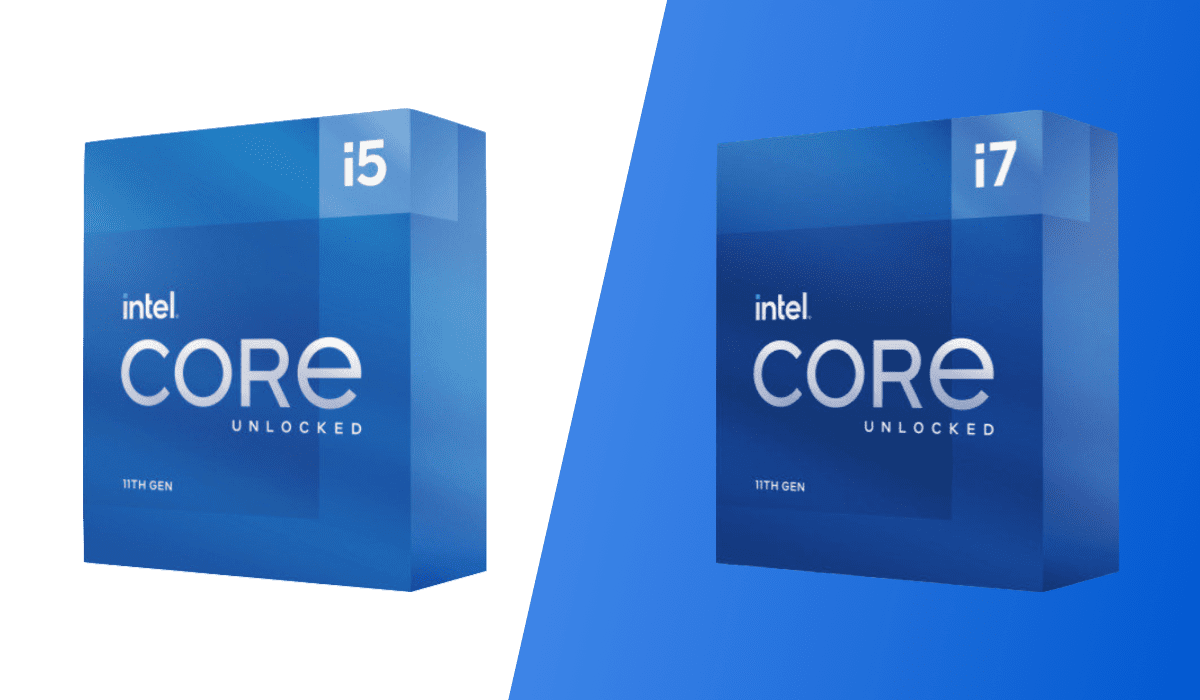 Intel’s newest batch of CPUs releases shortly, featuring the latest update to the 14nm architecture in the form of “Rocket Lake”. Review models are still under NDA, but a few units have been tested and benchmarked after being acquired outside of Intel’s intended methods.

The newest unlocked models of the i5 and i7 boast a number of features that should serve as upgrades over the 10th generation, but early tests have left some questions about the efficiency and overall standing of the newest units. While testing is still young thanks to the NDAs on both processors, they each seem to falter heavily behind their AMD counterparts while offering few upgrades over the last, 10th generation. This is especially true for multi-core testing, where the results are not bad – just unimpressive.

Differences across the two units come down to the core and thread count as well as clock speeds. The 11th generation follows Intel’s classic structure of the i5 model being weaker than the i7 – but the question of value is still up for debate. The Intel Core i7-11700k MSRP is over $100 more expensive than the Core i5-11600k, making it a hefty upgrade in the CPU space. Is the value and performance there to choose the i5-11600k over the i7-11700k?

Taking a deep look into the specifications and available benchmarks for these yet-to-release models should help find the answer.

As the newest Intel i7 processor, the Core i7-11700k includes eight cores and sixteen threads, an L3 cache of 16MB, and Intel’s 14nm architecture. Its base speed is a respectable 3.6 GHz that reaches an impressive 5.0 GHz through Intel’s boost clocking feature. Overclocking features like Intel’s Turbo Boost Technology and Thermal Velocity Boost are present in the processor to help it reach its higher clock speeds. The processor benefits strongly from fast memory, especially when it comes to gaming, and supports DDR4 up to 3200 MHz. The 11700k’s max memory bandwidth is 50 GB/s.

Continuing the bizarrely high thermal design power of the previous generation, the 11700k has a 125 Watt TDP. While not necessarily an issue, it is noticeably higher than many of AMD’s similar offerings. The processor launches soon on March 30th, 2021, and has an MSRP price of $399.00.

The Intel Core i5-11600k is, in many respects, the budget-friendly version of the 11700k. For the reduction in price, the number of cores comes down to six, and the processor features twelve threads. The loss of two cores and four threads is likely a significant hit to the multi-core capabilities of the processor, but single-core processes will likely benefit from Intel’s high base clock speed. The i5-11600k has a higher base clock speed of 3.9 GHz but boasts a lower boost speed of 4.9 GHz and does not have the full support of Intel’s boost features. Its L3 cache is also slightly lower at 12MB. Most other technical specifications between the processors remain largely the same; TDP, memory type and bandwidth, and architecture are all consistent across the two processors.

The specifications of these two processors do not differ much outside of boost speed preference and the number of cores. While the i7-11700k is expected to win in every category, some – such as single-core performance – may be far closer than others. Given their NDA status, benchmarks for these two chips are rare. What’s available has come from various leaks and units sourced outside of traditional means, so that they are not held to Intel’s normally stringent reporting procedures. It is important to note that, for the benchmarks that are available, the memory used may not be top of the line; Intel’s processors have a history of being heavily memory reliant, so this may skew results particularly hard with the official release.

The Geekbench 5 benchmark has scored both of these processors and found notable differences in the results. The i5-11600k scored 1565 points in the single-threaded test, while the multi-threaded test clocked in at 6220 points. These results are underwhelming, even in the budget realm; AMD’s Ryzen 5 3600 scored roughly 400 points better than the newest i5 in the same multi-threaded test.

As expected, the i7-11700k faired better in the Geekbench 5 scores. On average, it scored about 1600 – 1700 in the single-threaded test and roughly 8000 in the multi-threaded runs. The results for single-core scores are, as expected, close to one another; much of the technical difference between the processors is in core and thread count. Otherwise, the 11700k is a clear winner. Games and software that cannot take full advantage of multiple cores are likely to notice only minor differences between the two processors, but additional benchmarks will have to be done upon release to confirm.

The i7-11700k and i5-11600k have a high TDP of 125 Watts, meaning that additional power and proper cooling are necessary. Neither of the models includes a stock cooler – while switching to an aftermarket cooler was going to be highly recommended anyway, this is a sign that Intel is aware of the cooling these processors will need.

The release of Intel’s newest 11th generation processors is shaping up to be a bit of a disappointment, with both the i7-11700k and i5-11600k offering – at best – small improvements over the previous generation. Comparing the two directly, the 11700k excels at multi-core operations, while the i5-11600k falters a bit. Those who largely work in applications that can take advantage of multi-core threading and the i7’s faster speeds will benefit greatly from the upgrade, making the higher price tag worth it.

The decision gets trickier for users who largely work with single-core applications and games, which are often not optimized to utilize the full value of multiple cores. Early benchmarks for the 11700k and 11600k show similar numbers for single-core operation. While the 11700k continues to lead, builders interested in lower-end gaming and other operations may not find the upgrade worth it. Workstation builds should consider the extra $140 for an i7-11700k upgrade almost a tax; powerful multi-core work underperforms significantly for the i5-11600k.

While the release of these units may provide more benchmarks and data to properly compare, Intel’s newest offerings have not offered as much of an improvement as expected. The i7-11700k is priced higher than necessary for performance but still provides good numbers, while the i5-11600k may be a better value for people who do not engage with multi-core applications often. Given the differences between them and the history of Intel’s chips, the Core i7-11700k is likely to be the more popular choice between these two processors.