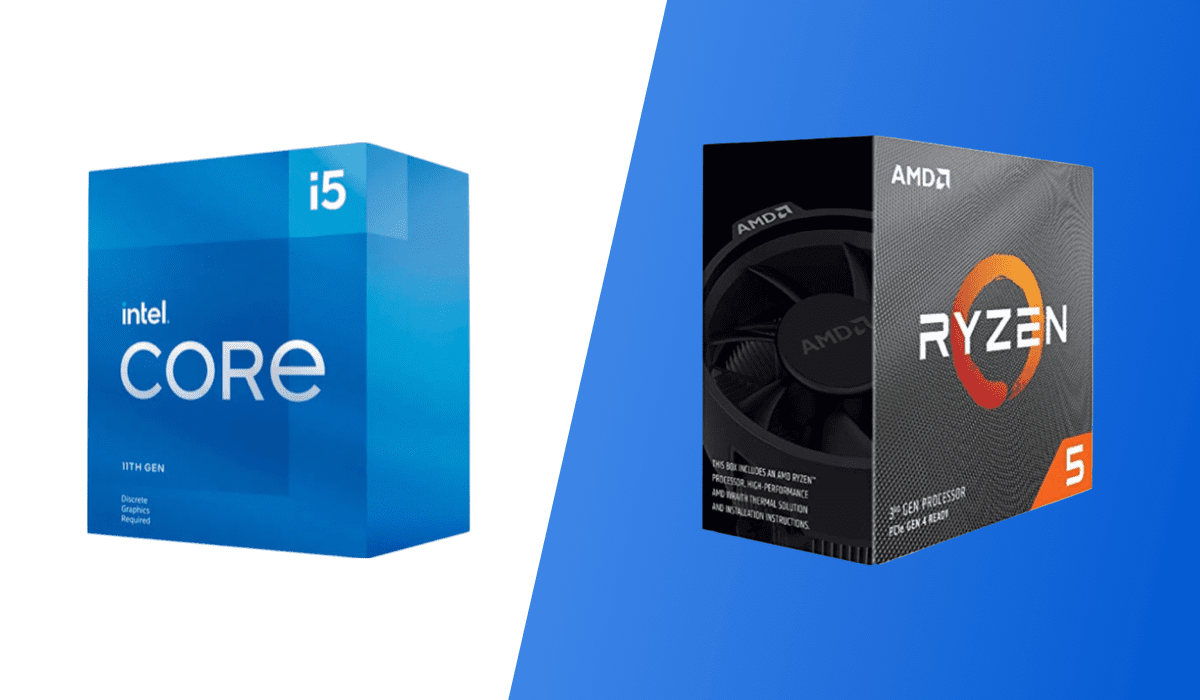 On the 30th of March 2021, Intel finally released their 11th Gen Rocket Lake processors to the market. As world watched as Intel unveiled their brand-new line-up of CPUs, their notorious development history was evident. The Rocket Lake architecture was originally developed for Intel’s 10nm manufacturing process. When that inevitably failed, their engineers were forced to backport the 11th Gen architecture to 14nm. This marks Rocket Lake as Intel’s true last stand atop their infamous 14nm hill.

PC enthusiasts were eager to see how Intel would pull off the launch of Rocket Lake. To the surprise of no one, the top end i7 and i9 variants were disappointing to say the least. With fewer cores than last gen which ran hotter than ever, the general consensus regarding these CPUs was essentially a buyer beware.

However, the narrative was wholly different when you came further down the stack. The lower midrange tier was an extremely competitive area in the past. AMD has since abandoned this tier with the launch of their Ryzen 5000 processors. Without a Ryzen 5600 variant (yet), Intel has the advantage of only having to compete with the older Ryzen 5 3600.

Specs wise, the 11400F seems like it’s an even match for the Ryzen 5 3600. With the same core and thread count, along with the same rated thermal power; one would naturally expect these to be alike in terms of performance.

Unlike when the 10th gen Core i5 10400 went head-to-head with Team Red’s budget champ (you can read our comparison here), the results are wildly in Intel’s favor this time around. The Core i5 11400F shows considerable gains in every title against the Ryzen 5 3600. This is a welcome change brought on by Intel’s generational improvements.

Budget-conscious gamers can rejoice. The 11400F seems to be a very appealing choice given how much cheaper it is compared to the competition. Not to mention the fact that the price of the 3600 has increased to beyond its MSRP. It is now usually found with a street price of $230. The $80 performance gap between Team Blue and Team Red means that the 11400F is a no-brainer when it comes to gaming performance.

Productivity and CPU-intensive tasks are where Team Blue usually falters behind Team Red. However, the 11400 puts up a surprisingly effective fight than expected in most instances.

The blender render test puts the Ryzen 5 3600 firmly ahead of the 11400F with render times of 25.4 and 31.5 minutes respectively. The Chromium Code Compile test took 157 minutes to reach completion on Team Blue’s side, while AMD was quicker with 137 minutes. The 7-Zip compression test gives the Core i5 11400F its first win with a score of 57170 compared to the Ryzen 5 3600’s score of 55353. The Decompression gives the edge back to AMD as it scored 72499 while Intel scored 64646; a rather drastic difference in decompression performance.

Evidently, it seems that Intel has made some big gains in terms of CPU horsepower. Unlike last year’s Core i5 10400 which performed poorly against the Ryzen 5 3600, the 11th Gen Core i5 11400F manages to continuously spar with the budget champ while even surpassing it in some instances.

As was the case in the earlier tests, the 11400F shows improvements in power consumption compared to its last gen variant. Apart from a short interval where the processor is boosting to its maximum capacity, the Core i5 11400F is shockingly power efficient. Team Blue has succeeded in doting out impressive performance numbers against the Ryzen 5 3600, all the while consuming less power overall. This bodes well for intel as power conscious users who predominantly use small form factor builds will eagerly choose Intel over AMD in this round.

CPU and motherboard compatibility has always been one of the major positives of AMD processors. However, since the Zen 3 based Ryzen 5000 CPUs are the last generation of socket AM4 processors, AMD is at the end of its inter-generational socket compatibility; at least for now. Over on Team Blue, the socket LGA 1200 is on its second (and final) generation of processors with the launch of Rocket Lake. And while you do have more room for upgrade with the Ryzen 5 3600, both AMD and Intel are equally future-proof at this moment in time.

The same cannot be said for backwards compatibility, however. As owners of older motherboard chipsets with socket AM4 can upgrade to a Ryzen 5 3600. Unless you were already on 10th Gen Intel, you will need to cough up cash for a new B460 or Z490/Z590 motherboard.

In what was previously a category of fierce competition between AMD and Intel, the absence of a current gen midrange CPU from Team Red is very apparent. Not to mention that the Ryzen 5 3600 has increased its current street price to around $230. The sole existence of Intel’s Core i5 11400F in the sub $200 price range means that its an easy win for Team Blue.

The Core i5 11400F sports strong gaming performance that leaves the now two-year-old Ryzen 5 3600 in the dust. Along with respectable performance in productivity tasks while only costing $157 US Dollars. Unless AMD comes out with a similarly priced 6 core 12 thread Ryzen 5 5600; the current crown for the best overall budget king goes to the Core i5 11400F.

However, if you do choose the Ryzen 5 3600, check out our roundups of the best components to pair with the it below: