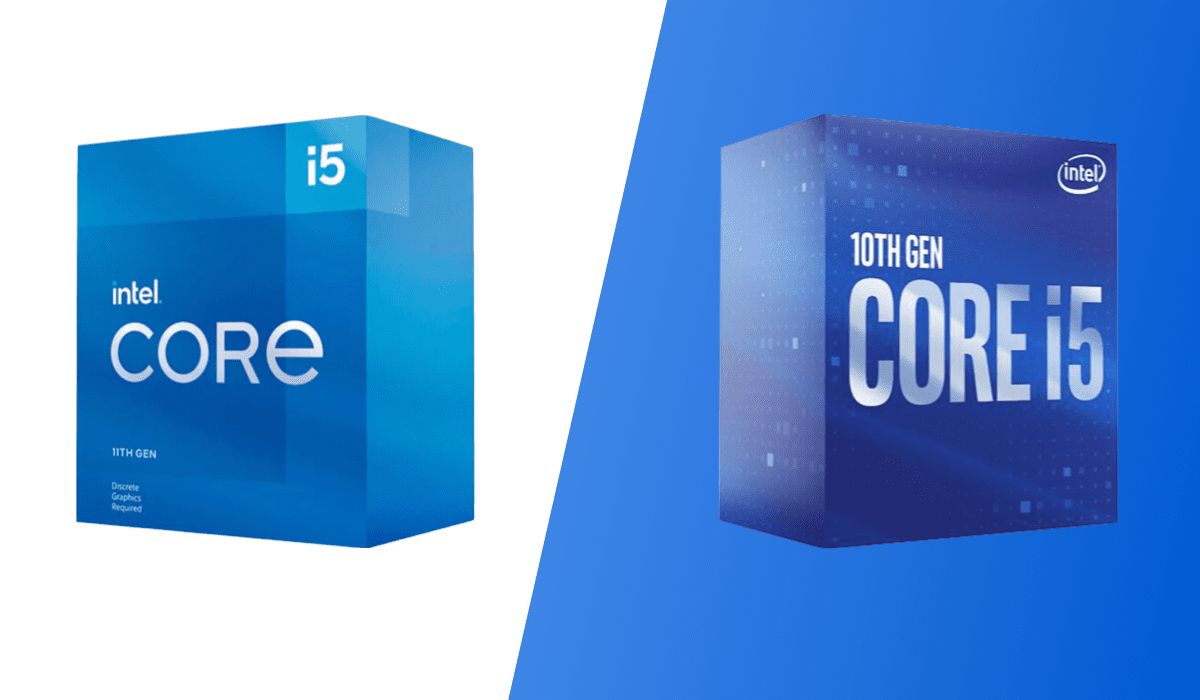 When Intel launched the Core i5 10400F alongside their Comet Lake line-up of processors, it failed to impress us. In a market where Intel had to compete with a similarly priced Ryzen 5 3600, Team Blue’s midrange competitor quite frankly had no legs to stand on. It was outperformed by Team Red in productive tasks, and only offered a minimal gain in gaming as well. Intel has not been the budget option for any consumer demographic due to the existence of a Ryzen processor in every price tier that mattered. However, the current CPU landscape seems to be changing in a very interesting manner.

Flash-forward to 2021, Intel has now released their brand-new Rocket Lake family of CPUs. Among them is the successor to last year’s consolation prize winner of the midrange battle: The Core i5 11400F. Intel has been having a tough go of it for the past few years. While simultaneously trying to take back the crown of best consumer-grade processors from AMD and figuring out how to move on from the 14nm process they’ve been stuck in.

So, is the all-new Intel Core i5 11400F an improvement over its 10th Gen counterpart? Read on to find out.

On paper, the specs of both processors are very similar. But that does not always translate into equal performance. The newer Core i5 11400F is actually priced slightly lower than the outgoing 10400F. This is mostly due to the fact that the 10400F was likely subject to post-launch price hikes that every other PC component had.

With a lower price than its predecessor, if the performance of the Core i5 11400F is meaningfully better than the 10400F, we may have a winner on hands.

The SiSoft Sandra Cryptography test’s Multi-Threaded performance results showed the i5 11400F achieve 18.2 GB/s while the 10400F was at a modest 12.5 GB/s. turning over to the Chromium Code Compilation performance test, it’s no surprise that Rocket Lake wins again. The core i5 11400F finished the compile in 7995 seconds while the 10400F took longer with 9182 seconds. With a score of 969, the DaVinci Resolve 4K benchmark bore more good news for the 11400F as it performed nearly equally as the pricier Core i5 11600K. Of course, the 10400F scored lower at 887.

The Adobe Premiere Pro 2020 benchmark results follows the same narrative as earlier. The Core i5 11400F scored 677, and the 10400F was lagging behind at 585. The Photoshop 2020 benchmark gave the 11400F a score of 1017, and the 10400F was far behind with 883. Finally, the Blender Open Data Render is another solid win for the Core i5 11400F. It managed to finish the Render in 1233 seconds while the last gen Core i5 10400F needed 1443 seconds. It’s impressive as to how much Intel has improved on midrange performance with the 11400F. Essentially wiping the floor with its predecessor and often outperforming last year’s 10600K and the Ryzen 5 3600. As a midrange processor that is able to dote out strong performance numbers, this bodes very well for intel.

The Core i5 11400F carries its winning streak onto 1080p gaming as well. The all-new Rocket Lake processor consistently beats the Intel Core i5 10400F in every gaming title tested at 1080p. the more graphically demanding games do show near-equal performance due to them being mostly GPU bound. Cyberpunk 2077 only showed a 2% difference in performance between the two SKUs. Assassin’s Creed Valhalla and Red Dead Redemption 2 performed equally on both CPUs. Clearly, the Core i5 11400F is a strong gaming processor. As to the degree of improvement over last Gen; your mileage may vary depending on what game you play.

In order to measure just how much power the two Intel midrangers use up, power draw during the Blender Open Data Render was measured. As we’ve previously observed, the Core i5 10400F sips power while undergoing CPU intensive tasks. The case was no different here, as the Comet Lake processor drew a maximum system load of 153W during its run.

Judging by the superior performance of the Core i5 11400F, it’s to be expected that the newer Rocket Lake processor would be more power-hungry. During the render, the 11400F recorded a load of 181W. The power draw of the 11400F is in no way outrageous, so rest assured that it will not become a blazing inferno inside your Small Form Factor PC (unlike the higher end 11th Gen variants).

Both the Core i5 11400F and the 10400F uses the LGA 1200 socket. The 11th Gen line-up of processors will be the last SKUs that support this socket type, as Intel only allows two generations of CPU per socket.

With that said, the launch of the 11th Gen Intel CPUs brought on an assortment of new features that were previously locked to higher end motherboards. With the launch of the newer B560 chipset motherboards, users with the new 11th Gen CPUs can freely overclock their memory speeds. This allows more headroom for your processor to run faster than its out-of-the-box speeds. Meaning that with a midrange B560 motherboard and the Core i5 11400F, you will be able to get more out of your CPU than what was possible with last Gen.

The Core i5-11400F now occupies a price tier that AMD has abandoned with the launch of their Ryzen 5000 series. So, unless a new challenger from AMD appears. The Intel Core i5 11400F is without a doubt the new budget champ.

If you wish to build out a system using either of these processors, check out some of our guides below: