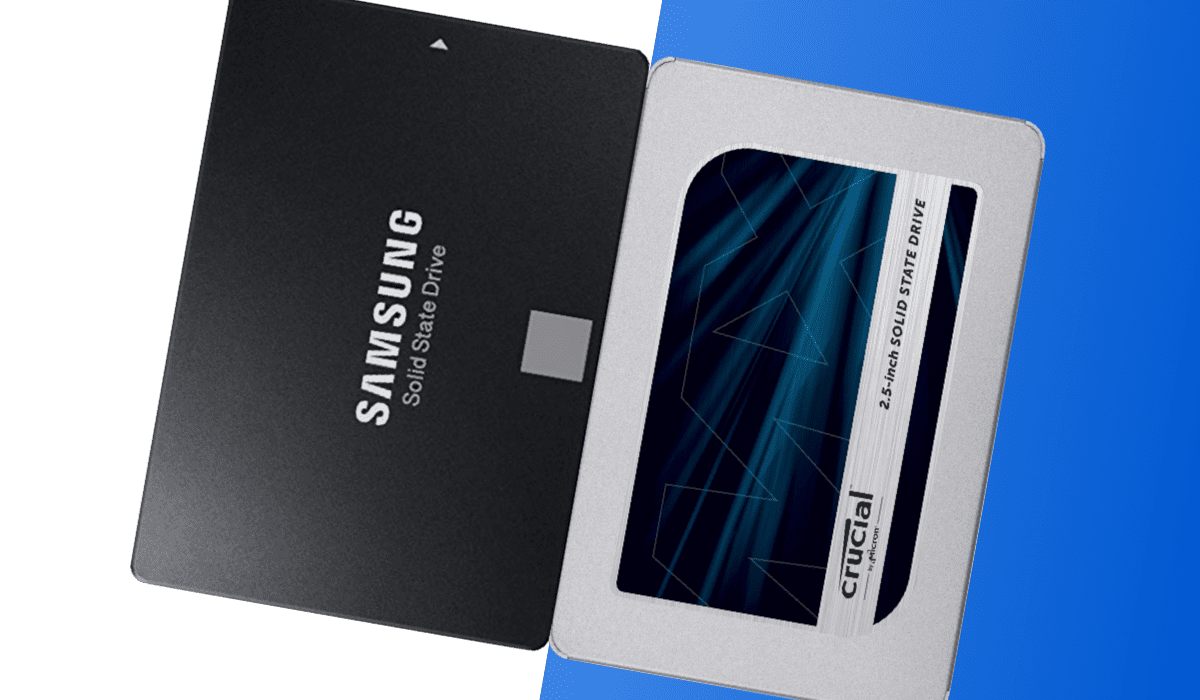 It’s been proven time and time again, that SATA III SSDs really have nothing to envy from their NVMe counterparts when it comes to handling gaming and editing applications, including the operating system itself. So, whether your M.2 slots are occupied, or you’d like to save some money on your next storage unit, SATA III SSDs hold great value, and are currently priced at a record low.

Of course, it must be noted that the SATA interface does not come only in the traditional 2.5” form factor, as you can find SATA SSDs in 22 mm M.2 versions as well – meaning so they can be installed directly onto the motherboard, without the use of any additional cables. Now, it can be argued that with the release of the new PCIe 4.0 generation SSDs, it is perhaps better to save the two to three M.2 slots that most motherboard include for more powerful SSDs but, if your setup is purely for gaming, it really won’t make that much of a difference.

Two are the more popular SATA SSDs still being sold in high quantities are Crucial’s MX500, and Samsung’s 860 EVO; and this is due to their excellent performance and reasonably low prices. For over three years in the market, these SSDs have been time-tested – and proven – to be both reliable and incredibly cost efficient. The 1 TB Crucial MX500 currently costs approximately 63% less than its original MSRP, at $95, while the 1 TB Samsung 860 EVO costs 65% less, at $115 – meaning the latter model is more expensive by $20.

So, the question is, is the Samsung 860 EVO worth 21% price increase? In other words, does its performance warrant the extra expenditure? Let’s compare the two and find out.

Comparing the manufacturer specifications of the two SSDs, we see that the Samsung 860 EVO does hold some slight advantages versus the Crucial MX500. More specifically, it has a 10 MB/s faster sequential write, and a faster 4KiB random read speed by 5K IOPS. It must be mentioned that it also has a significantly better TBW durability score against its competitor as well: being 50% more durable for the 250 GB version, 66% for the 500 MB version, and 71% for the 1 and 2 TB variants. Still, when it comes to the vast majority of users, writing through a 100-terabyte limit would take anywhere between 9-10 years while averaging 30 GBs of data written per day – with even that being a stretch for the majority of users.

Another advantage held by the Samsung 860 EVO is that it has a 4 TB version, which the Crucial MX500 lacks, so if you have limited available SATA III or M.2 slots, and you want to make the most of them, only Samsung has you covered between the two models compared.

Taking a look at the real-world performance of these SSDs, we do, in fact, see that the Samsung 860 EVO being superior in almost every tested aspect; the most significant of which being the peak sequential write speed, where it outpaced the Crucial MX500 by 27 MB/s. It only trails the MX500 in regards to 4K random read speeds and power efficiency, but by less than 1%.

Still, oddly enough, the Crucial MX500 does score slightly better when running actual applications; outperforming the Samsung 860 in After Effects and FFXIV loading times – in which it actual ran faster than the NVMe Crucial P1 and Samsung 970 EVO by 0.44 and 0.11 seconds respectively. Of course, the differences here are so minor that they are within the margin of error, but they still do provide a picture of what’s important, which is the range of inferiority, or superiority, in the comparison of the two SSDs – and the gap between them is nominal.

Given the fact that the two SATA III SSDs perform so similarly, the ultimate victor between the two is Crucial’s MX500 – due solely to its better price. The Samsung 860 EVO does not warrant its over 20% price differential by any stretch of the imagination. For under $100, the MX500 is an incredibly powerful SATA III SSD that will fit perfectly in a PC meant for either gaming, browsing, or light work applications (like Microsoft Office or Final Draft). The only reason why it is not as suitable for content creation – like photo or video editing – is because of its slow transfer speeds, since otherwise it does perform well for editing applications, even when compared to much faster NVMe drives.

All in all, the MX500 is an excellent choice for either a 2.5” SSD, or a smaller M.2 form factor storage unit, making it an easy recommendation for any gaming setup.