Can an APU Replace Your Graphics Card In 2021? 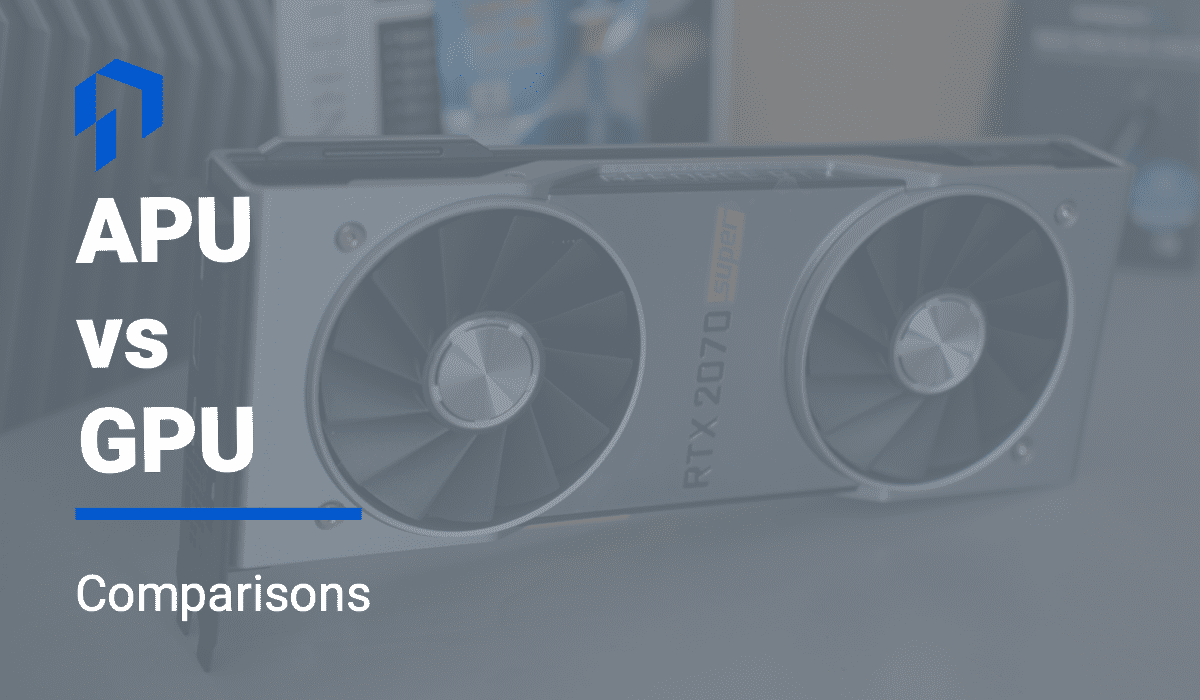 It’s a rough time to be a PC enthusiast in 2021. Last year brought on massive shortages in nearly every major component—with graphics cards getting the short end of the stick. With the global silicon shortage that seems like it won’t go away for a long while, GPUs are nowhere to be found. Their prices jacked up by ungodly amounts. Those who were planning on upgrading their old GPU have had their hopes shot down. Many users have found themselves put on waiting lists for months on end.

But still, many people want a functioning computer with graphical power in it to be able to get work done. Be it regular office users, workstation users, or even gamers. With graphics cards looking like they’ll be out of stock for the foreseeable future; it’s important to talk about alternatives.

Contents hide
1 What is an APU?
2 Can You Fully Work Off an APU?
3 Zen 3 Based APUs
4 Gaming Benchmarks
5 Conclusion
6 Related

What is an APU?

APUs, or Accelerated Processing Units—have famously been underpowered when it comes to their graphical prowess when compared to a full-fat graphics card. But with the latter nowhere to be found (at least at reasonable prices), can an APU suffice for those who require a working PC right this moment?

Exclusively made by AMD, the Ryzen APUs became known for their healthy combination of fast and sturdy CPU performance in conjunction with integrated graphics power that wasn’t total garbage. Year by year, Team Red has made incremental improvements to their APU lineup. With the inclusion of the Radeon RX Vega graphics, AMD manages to make their APUs stand apart from the competition. But the question still remains—can a Ryzen APU fill the void that a graphics card has left in your PC?

Can You Fully Work Off an APU?

In short, no. APUs in 2021 still do not offer anywhere near the level of graphical performance that a top-end or even mid-range GPU is able to give. But that does not mean that APUs should be written off as useless. Depending on your workload, an APU just might be enough to hold on until graphics cards are widely available again.

If you’re used to playing AAA titles with details cranked to the maximum, an APU probably won’t cut it. But it will still be better than having no graphics card at all to play games on. On the other end, if you’re playing eSports titles, an APU might actually be enough to get by till the world returns to normal.

If you’re in dire need of a functional computer to get any sort of work done, but are hesitant on buying your components because you won’t have a GPU; why not go for a Ryzen APU? At the end of the day, you will have respectable enough graphics performance to hold you off till you secure a proper graphics card. Once you do, your trusty old APU will happily live out the rest of its days as a CPU!

If you fall under any of the above types of users, then by this point you’re probably wondering which APU to go for.

It is important to note that, after Team Red’s Zen 3 line-up of Ryzen 5000 processors arrived last year, they followed up with the release of the Ryzen 5000 series of APUs. While initially only available via OEMs in prebuilt systems, AMD CEO Dr. Lisa Su announced during Computex 2021 that the Ryzen 5000G series of APUs will finally be available to general consumers. What is unique about this rollout is that AMD seemed to imply that the Zen 3 line-up of APUs will be replacing the usual “non-X” variants of Ryzen 5000 processors that many were expecting to be released at a lower price.

The APUs that are available for retail markets include the Ryzen 7 5700G and the Ryzen 5 5600G.

Since you cannot get yourself a Zen 3 APU (yet), let’s look at the next best thing. The AMD Ryzen 5 3400G was launched as a successor to the Ryzen 5 2400G. its 4 core 8 thread configuration along with a base clock of 3.7GHz and a boost of 4.2GHz makes this APU a very competent processor. On the graphics side of things, it boasts AMD’s Radeon RX Vega 11 Graphics with 11 graphical cores at a frequency of 1400MHz.

In order to accurately gauge how well the Ryzen 5 3400G would perform, let’s compare how it fairs against an entry-level graphics card from Nvidia—the GT 1030. This card was chosen solely on the fact that many users would tend to buy a CPU and a GT 1030 until a better graphics card becomes available. All of the following games were tested at the lowest graphical settings.

The results show that the Ryzen 5 3400G comes off as a clear winner in raw gaming performance. Granted, these results were taken at the absolute lowest possible levels of graphics and resolution. But it’s commendable to see Team Red’s APU being able to outperform a low-end discrete graphics card. These results give all the more reason to be excited for the launch of the Zen 3 APUs—as they will surely bring superior processing and graphics power.

The Ryzen 5 3400G usually retails for around $289, with prices expected to come down closer to the launch of its successor—the Ryzen 5 5600G.

The bottom line is: no, an APU won’t be replacing a dedicated GPU anytime soon. But given that it’s easier to find gold than a graphics card at MSRP, an APU is a solid middle-ground for those of you who just want something to work with. An APU isn’t able to provide you with the hallmark PC gaming experience, but it is something that you can actually get your hands on right now—which is apparently a lot to ask for these days!