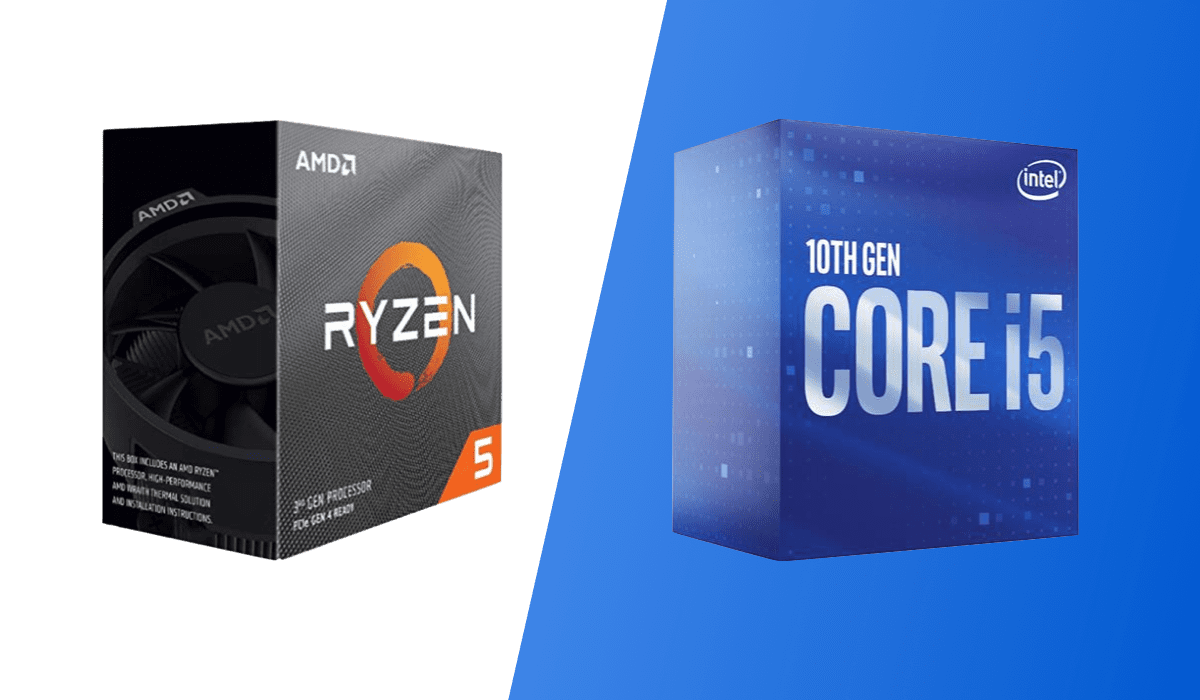 It’s no surprise that AMD and Intel have one of the most infamous rivalries in the tech industry. The back-and-forth battle that the Ryzen and Intel Core processors have been engaged in for the past few years intensified when AMD added fuel to the fire with the launch of the 3rd Gen Ryzen CPUs.

With astoundingly good performance along with cores for days, AMD cemented themselves as the go-to recommendation for CPUs in 2019. The Ryzen 5 3600 in particular was crowned the budget king of desktop processors due to its fast and powerful cores that rip threads (pun intended) even at a sub-200-dollar price point.

Intel’s retaliation came in the form of their 10th Gen processors. Albeit still running on the dated 14nm (+++) manufacturing process, every single variant of the Comet Lake line-up was given hyperthreading; allowing intel to finally catch up to AMD in the midrange core/thread counts.

That’s why the Core i5 10400 is such an interesting CPU. Seemingly Intel’s response to the Ryzen 5 3600, PC enthusiasts were eager to see the battle of the midrangers flame on once again. But does the 10400 have what it takes to dethrone the undisputed budget king?

Read on to see our detailed comparison.

On paper, the Ryzen 5 3600 and the Core i5 10400 seem to be on par with one another. While AMD’s MSRP is higher, by the time the Intel 10th gen CPUs hit the market, the Ryzen 5 3600 was being sold for $175. This aggressive pricing strategy adopted by AMD is what added the pressure on the 10400 at launch. However, the current prices for either CPU has deviated quite a bit, but more on that later.

An important detail about the Core i5 10400 is that Intel seems to have put this processor in quite a bit of a predicament. Intel is notorious for locking down overclocking support on their non-K CPUs, along with the B and H series motherboards having another laundry list of restrictions when it comes to overclocking and especially memory. The Core i5 10400 is officially rated for DDR4 2666MHz memory. However, when paired with a more premium Z490 motherboard, the processor does run with DDR4 3200MHz RAM. Keep in mind that AMD has no such restrictions in place, allowing the Ryzen 5 3600 to run at 3200MHz naturally in a B series motherboard.

Doing so shows us that at times there exists a vast gap in performance between the 10400 running at 2666MHz versus 3200MHz. this difference in performance makes itself shown in a number of workloads, as observed below.

The benchmark results for both CPUs help paint a clearer picture on what each of them bring to the table—and the results may surprise you.

The results from the productivity benchmarks show that AMD is still top dog in CPU intensive workloads. Even when paired with faster Ram, the Core i5 10400 could not keep up with the Ryzen 5 3600 at all.

Gaming at 1080p is where you’d generally expect to see the Intel processors truly shine, as their single threaded performance is still technically superior to Teams Red’s. So, does the Core i5 10400 get its spot in the limelight when gaming? Read on to find out.

Unfortunately, the 10400 does not bring anything special to the table when it comes to gaming either. It does manage to stay ahead of the Ryzen 5 3600 by a few fps, except in the case of CS: GO, where Team Red surpasses the 10400 altogether. These results suggest that Intel’s architectural advantage in gaming performance is what keeps the 10400 slightly ahead of the 3600, while its lower clock speeds hold it back from performing too well, akin to its older brothers.

When it comes to power consumption, there’s very little to say. The 10400 surprisingly chugs less than the AMD counterpart at 70.8W, whereas the Ryzen 5 3600 draws 80.4W. In fairness to AMD, the Ryzen CPU justifiably uses its power draw to display big gains in both productivity and gaming, as we have seen earlier. Even though midrange processors do not pose that much concern regarding their power consumption, its values provide an accurate understanding when it comes to their cooling performance out of the box.

AMD has always led the industry in terms of CPU compatibility and socket support since Ryzen was first introduced back in 2017. Needless to say, that trend continues to be evident here. The Ryzen 5 3600 is compatible across all socket AM4 motherboards and is fully unlocked for overclocking on all chipsets other than the entry-level A series. If you’re on an older generation of Ryzen, you can simply drop in the Ryzen 5 3600 in your existing motherboard with a simple BIOS update and be good to go. And if you ever get the chance to upgrade to a new Zen 3 Ryzen 5000 processor, you can again simply do so with a BIOS update.

Another advantage the Ryzen 5 3600 has over the 10400 is that it is fully unlocked for overlocking. Meaning that users may be able to get quite a bit of extra juice out of the Ryzen processor (depending on how lucky they get in the silicon lottery).  Intel as usual has locked down any sort of overclocking ability on its non-K series of processors, meaning you are only going to get exactly what you pay for.

As we’ve alluded to before, Intel’s irksome behaviour when it comes to compatibility continues as the usage of high-speed memory is also limited to its premium line of Z490 motherboards. Normally, this would not be a case for concern. However, as we have pointed out earlier, the Core i5 10400 seems to benefit by a sizable margin when it is paired with faster 3200MHz RAM compared to its stock-rated 2666MHz memory. This means that in order to get the best performance out of the Core i5 10400, one must buy a socket Z490 motherboard which is usually a $100 or more than a consumer grade B460 board. Given that AMD allows high speed memory usage on all their socket types, along with the fact that you are not required to run the latest B550 series or X570 series of motherboards; Team Red allows you to spend less for more.

However, keep in mind that both the Ryzen 5 3600 and the Core i5 10400 will allow only one upgrade on the same socket type as AM4 is on its way out, and Intel only supports two generations of CPUs per socket.

In regards to Intel’s attempts to disrupt the mid-range market with the 10400, we give an A for effort. But the AMD Ryzen 5 3600 keeps its crown as the ultimate budget champion. That being said, the current chaotic nature of the PC hardware market has blown any meaningful MSRP values out of the water for these processors. At the time of writing, the Ryzen 5 3600 sells well above its MSRP at around $230. While less demand for the 10400 has driven its price down considerably to around $165 US dollars. This creates a valid argument in favour of the Core i5, where the $70 price gap means that the 10400 ends up as the better bang for your buck.

In the end, in terms of raw performance, and compatibility; the AMD Ryzen 3600 is still the winner. Hence if you chose Team Red over Team Blue, you won’t be disappointed. At the same time, the considerably lower market price of the Intel Core i5 10400 means that you will not be overspending on a processor that is almost as good as the Ryzen 5 3600.

If you wish to build out a system with either of these processors, check out our guides to the best components to pair with them down below: