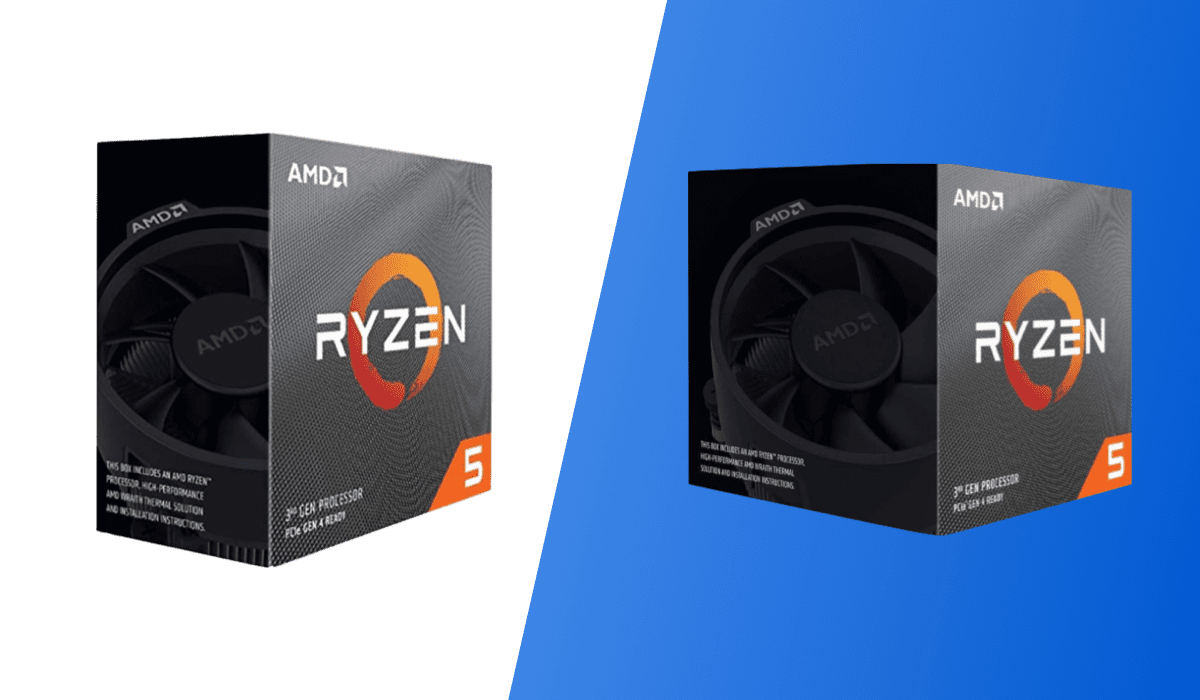 When AMD launched the Ryzen 3000 series and completely decimated Intel’s hold on the consumer CPU market in Q3 of 2019, fans were eager to get their hands on the fresh new processors. Many reviewers crowned the Ryzen 5 3600 as the budget king when it came to price to performance. At just $200 Dollars MSRP, it dominated any Intel CPU in the same price point in productivity workloads, and was right up there in gaming performance while costing quite less.

After the monumental success of the Ryzen 5 3600, its pricier older brother; the Ryzen 5 3600X, priced at $250 MSRP also started getting attention from eager buyers. With two of AMD’s latest and greatest CPUs on retail shelves, consumers had only one big question in mind: is the Ryzen 5 3600X worth paying the extra $50 MSRP?

Although on paper, the 3600X seems to have more power than its little brother as stated by its higher TDP. But this actually paints a very inaccurate picture, as we will show below. The rest of the specs for both CPUs are nearly identical:

AMD’s official specifications for these two SKUs suggest that for $50 more, you get 200MHz more on both base and boost clocks, along with a much higher TDP. Realistically speaking, this is just carefully worded marketing jargon. AMD has calculated the TDP of these CPUs by how many watts the included cooler can handle. Since the Wraith Stealth is a less beefy cooler compared to the Spire, the 3600 is shown to have a lower Thermal Design Power.

To no one’s surprise, there is little to no difference in gaming performance between the 3600 and the 3600X. The higher clock speeds on the 3600X does gives it the lead, but only by a few frames. Even games that are particularly demanding such as Assassin’s Creed Odyssey will have an imperceptible improvement on the more expensive CPU. If you plan on buying either of these processors for gaming, all you need to know is that they are basically the same. And frankly, spending up to $50 more for just two to three extra frames is simply not a wise investment.

The same story continues when it comes to CPU-heavy tasks. The Ryzen 5 3600X consistently has higher overall scores, but with the cheaper Ryzen 5 3600 trailing right behind.

Using the stock coolers, both CPUs managed modest temperatures with the 3600 operating at a maximum of 80°C, and the 3600X operated at 78°C. This difference in temperatures is by and large due to the superior cooler on the Ryzen 5 3600X. this is evident when the temperatures on the 3600 improved drastically with the Wraith Spire cooler (72°C) while the 3600X worsened with the Wraith Stealth (86°) (source: Gamers Nexus, Hardware Unboxed).

Ultimately, this all boils down to the fact that all you get for a price premium of $50 is a marginally better cooler. Given that there are CPU coolers from respectable brands that perform much better while being under $50, it does not help AMD’s asking price for the Ryzen 5 3600X.

Another possible argument in favor of the 3600X is that it is a specially binned batch of 3600s that tend to overclock better. While this statement is technically true, most overclockers have come to the conclusion that both the Ryzen 5 3600X and the 3600 will both only OC to a maximum of 4.3GHz. Thus, buying the 3600X simply for its overclocking capability is not logical.

So, if you’re shopping for a new CPU in the midrange market, the Ryzen 5 3600 is still your best bet. Its performance in games and productivity tasks is nearly identical to the 3600X, all while costing $50 less. The 3600 has also been frequently on sale for under $200, which makes it a killer deal (although due to the current climate of PC component prices, your milage may vary).

The 3600X exists only as marketing jargon for AMD trying to get consumers to spend more money for no real performance. Buying an AMD Ryzen 5 3600 allows you to spend the $50 you saved on a much more worthwhile upgrade for your PC. Better yet, if you wish to have lower temps on your 3600, spend the money you saved on a name-brand CPU cooler. The Cooler Master Hyper 212 is an excellent choice which often retails for around $40. You can buy it here.

We hope this article cleared any doubts and confusions you may have had when deciding between the Ryzen 5 3600 and 3600X.