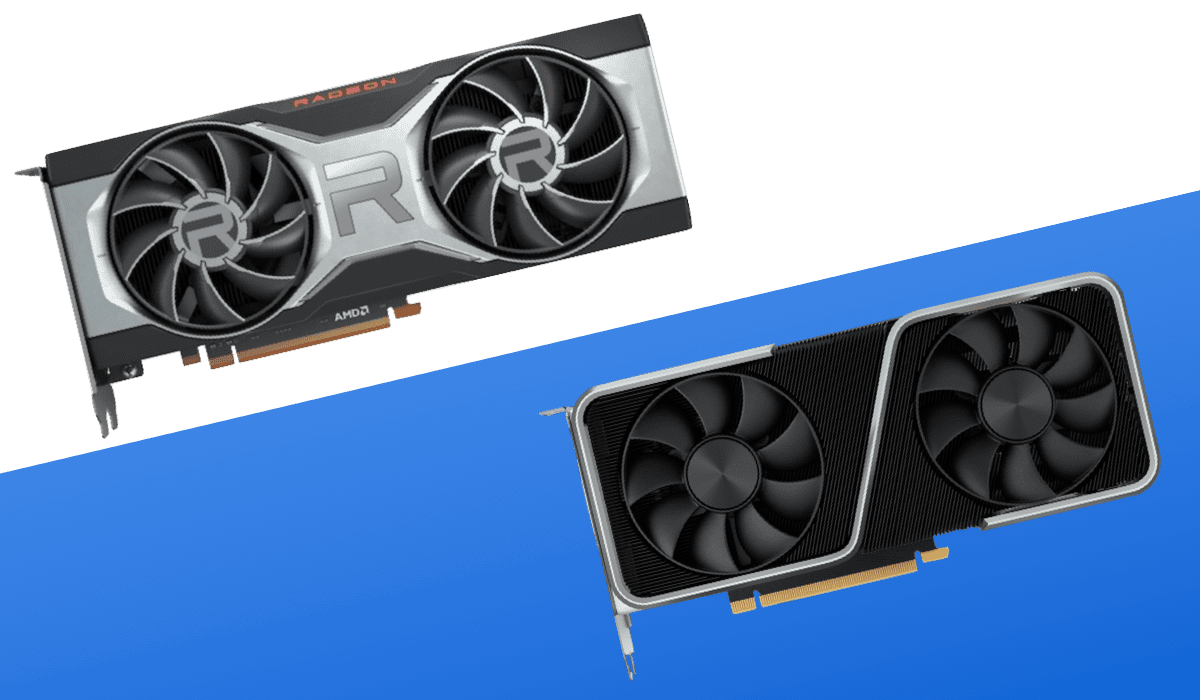 It’s tough times for PC builders. We’ve been told new GPUs exist, we’ve even seen some of them, but if you want to buy one… you can’t unless you’re dripping in either luck or money. With very high demand, supply, and distribution issues, and another round of crypto-mining madness, availability is as low as prices are high.

Into the midst of this maelstrom, AMD has announced another new GPU: The Radeon RX 6700 XT launches on 18th March. This RDNA2 based card slots in below the exiting RX 6800 XT and RX 6800 and looks set to challenge the RTX 3060 Ti as a strong 1440p GPU priced at about $479 MSRP. In this article, we’ll take a look at the specifications and consider the relative strengths and weaknesses of the RX 6700 XT compared to the competition – including the RTX 3060 Ti.

The RX 6700 XT is the first GPU to use the ‘NAVI 22’ core, still based on the new RDNA2 architecture. This core uses 2560 shader units, grouped into 40 compute units, and has 40 Ray Tracing cores as opposed to the 60 or 72 cores of the 6800 and 6800XT respectively. However, the core itself runs significantly faster, with boost clocks approaching 2.5GHz which is likely to make up for some of the deficit in performance attributable to the lower unit count. It also makes use of AMD’s ‘infinity cache’ – 96MB of on-chip memory for the most frequently accessed data that boosts performance by reducing memory latency and this is cut down from the 128MB on the more powerful RDNA2 cards.

The RX 6700 XT is hardware ray tracing enabled, although RTX exclusive titles like Cyberpunk aren’t ray tracing enabled on AMD GPUs – all titles using DirectX12 Ultimate will permit hardware ray tracing. It’s not possible to directly compare clock speeds or compute units between AMD and Nvidia, but looking at relative performance, the RX 6700 XT performs equivalently to the RTX 3060 Ti, averaging around 2% faster across a range of titles.  That means it is a very capable 1440p card and is a star performer at 1080p, but like the RTX 3060 Ti, it’s an expensive option for 1080p gaming.

Whilst the higher performance RDNA2 cards get a massive 16GB VRAM, the RT 6700 XT gets a still large 12GB frame buffer. It uses GDDR6 RAM running at 16GB/s, accessed via a narrower 192 bit bus meaning memory access performance will not be at the same level as the higher tier cards. The RTX 3060 Ti meanwhile makes do with 8GB GDDR6 but accesses it via a faster 256bit bus. 12GB is ample VRAM for a card with the anticipated performance of the RX 6700XT, meaning there will be no constraints on texture size for the foreseeable future other than the GPU’s ability to manipulate them. This VRAM size is a function of that 192bit bus: This allows access to six memory chips which are available in either 1GB or 2GB sizes. Since 6GB is no longer adequate for a card of this performance, 12GB is the only option for AMD to make a competitive product. Overall, the memory performance of the RTX 3060 Ti is faster, helping performance, whilst the RX 6700XT has higher capacity which may extend how long the card remains relevant. We’ll call this a tie.

Features – AMD bring all the toys to the party

AMD GPUs come with their own suite of features that help boost performance and get you the most out of your card. RDNA2 are the first generation of AMD cards to feature hardware ray tracing cores, enabling shadows, lighting and reflections rendered in real time with actual ray paths, not approximated ones. However they’re not as powerful as Nvidia’s second generation cores, with performance on a par with the first-gen RTX cores found in the 20 series Nvidia GPUs. Nonetheless they will allow advanced rendering effects in ‘DirectX 12 ultimate’ titles. There’s also ‘Rage mode’ which is an automatic overclock to wring every last ounce of performance out of the card. Finally AMD have ‘SAM’ or Smart Access Memory which allows the CPU direct access to the GPU’s VRAM, enhancing performance in some games but around 5-10%.  Be aware that it can also hurt performance in others – it’s specific to the way the game or engine is coded, so only use it on compatible titles. Nvidia has Resizeable BAR (ReBAR) which performs the same function but is only enabled on games where it brings a performance benefit.

The RX 6700 XT has 2 8-pin power connectors on the card and draws 230W under load and 250W when overclocked. The RTX 3060 Ti has a TDP of 200W and draws 220W in normal usage or when overclocked, the power limits are carefully constrained to prevent it encroaching on the RTX 3070s performance. In terms of efficiency, the power levels are as closely matched as performance, with a few watts more equating to slightly higher performance for the RX 6700 XT. In short, power draw and efficiency are equivalent between these two GPUs and not a reason to choose one over the other. Any reasonable quality 600W+ power supply will be equipped to handle these GPUs, and you won’t need to go overboard on case cooling to keep system temperatures down to acceptable levels. The modest power draw also bodes well for manufacturers being able to design quiet running versions of the RX 6700 XT.

Supply and availability: Likely to be very hard to buy…

There’s still a large question mark over supply and availability: AMD share the TSMC 7nm production lines used to create this GPU with their RX6800 and RX 6800 XT, the entire Zen 3 CPU line up, and the APUs that go into current generation consoles. All of this points to supplies being highly limited. After the initial batch are sold we’d expect the supply situation to regress to the same as it is for any other GPU right now: Sadly almost impossible to find at MSRP. This is also the situation with the RTX 3060 Ti.

Given the factors we’ve discussed above, the RX 6700 XT looks like a viable alternative to the RTX 3060 Ti. It performs as well or better than it in almost all titles, allows you to use hardware raytracing, and has a large VRAM capacity meaning it will stand the test of time if you intend on keeping it for the long haul. Given the RTX 3060 Ti’s slight edge in RTX and DLSS enabled games at this time, we’d rate these two GPU’s as broadly equivalent in terms of the value they offer.

There’s also the interesting discovery that AMD drivers are much more effective at high frame rates and with lower performance CPUs, imposing less of a CPU overhead in those situations: The RX 6700 XT may be the perfect choice if you’re upgrading your GPU and have a system a generation or two old.

The caveats around the RX 6700 XT are more general: It’s relatively expensive and that price is likely to rocket on release, and supply is bound to be scarce. Ultimately you may not have a free choice between the two cards, in which case either will perform excellently in a 1440p or high-FPS 1080p gaming rig.