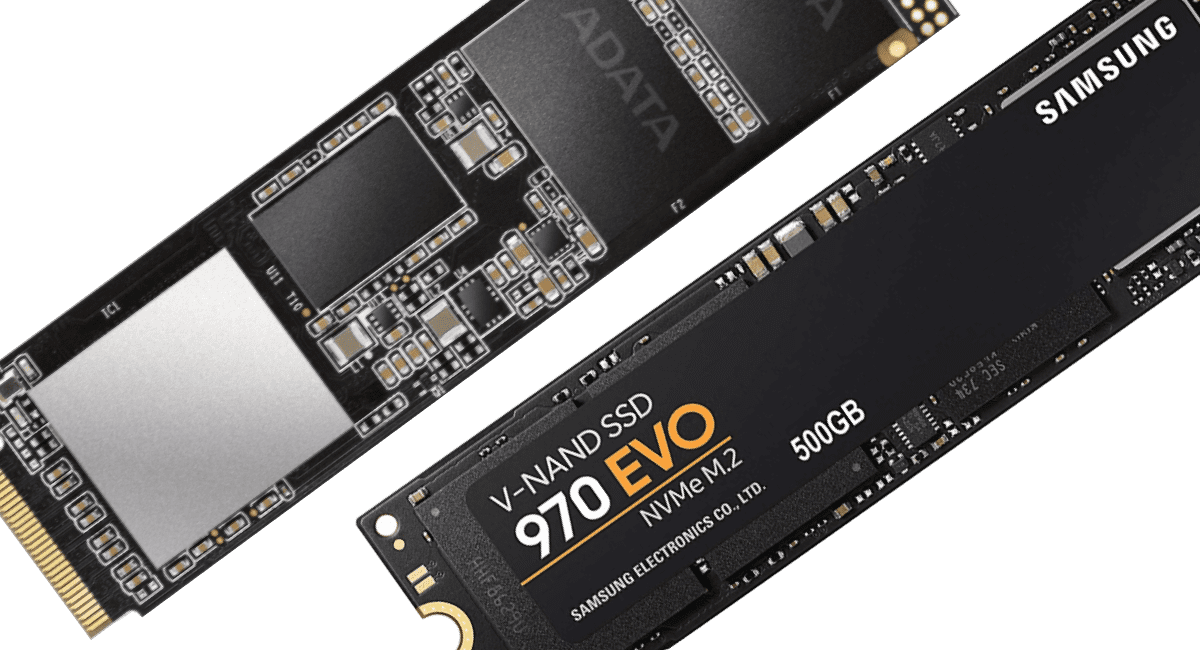 Third generation PCI Express lanes are soon to be obsolete, as Intel has finally embraced the fourth-generation interface with their upcoming 11th generation Rocket Lake-S & Comet Lake-S CPUs. AMD has been PCIe 4.0 compatible since the release of their Zen 2 processors, so, moving forward, motherboards are unlikely to ever feature PCIe 3.0 again in the future – though PCIe 4.0 is backwards compatible.

The good news about this transition? PCIe 3.0 compatible NVMe SSDs have dropped considerably in price, to the point where one can find some of the best SSDs PCIe Gen 3 had to offer, at almost more than half initial MSRP. Two prime such examples are ADATA’s XPG SX8200 Pro, and Samsung’s 970 EVO. Both these M.2 NVMe TLC NAND hard drives can currently be purchased for less than $150 for 1 TB of storage.

This means that PC enthusiasts that are looking to upgrade their storage size are now in the pleasant position of pondering which high-end NVMe SSD to choose from, at the cost of about a couple of triple-A games.

Speaking of gaming, it is important to note that even the most hardware-demanding games, or competitive multiplayers, will see little to no difference between a PCIe Gen 3 and a PCIe Gen 4 SSD, and, as a matter of fact, there is hardly even a noticeable upgrade between SATA III and NVMe SSDs when it comes to load times. The performance upscaling will mainly be noticed during workstation tasks that require large file transfers, or content creation like video editing.

That being said, let’s take a look at two of the best PCIe Gen 3 NVMe SSDs the market has to offer: the aforementioned ADATA XPG SX8200 Pro and the Samsung 970 EVO, and with their now significantly lowered price, determine which hard drive provides the best performance for its price.

Since each individual storage size variant will differ in regards to its specifications, and how well it fares to its competition, we will only be comparing the 1 TB option for each model, which will give us a good idea for the overall quality of these two options.

The ADATA XPG SX8200 Pro has a slightly faster (3%) sequential read speed than the Samsung 970 EVO, and a substantially faster (20%) sequential write speed. However, it does trail in 4KB random read and write speeds by 28% and 18% respectively. 4KB random read and write speeds refer to the speed at which the SSD can retrieve or write randomly positioned 4 KB data chunks. This can be especially important when it comes to accessing functions of the operating system, software applications, and even gaming. However, before passing judgement on which SSD has the superior read and write speeds, we should first check the real-world benchmarked data.

In terms of reliability, both ADATA and Samsung offer a 5-year warranty with their product, though the XPG SX8200 Pro does have a slightly better TBW (Terabytes Written) value than the 970 EVO: with a 640 vs 600 TBW for the 1 TB version.

So, is the 970 EVO worth the additional $20 it asks for? Let’s now compare their benchmarks in order to find out.

Funny enough, when it comes to read speeds, it is apparent that where the ADATA XPG SX8200 Pro should have been superior to the Samsung 970 EVO, it ends up trailing to its performance, and where it should be falling behind, it actually excels. It has slightly slower peak sequential read speeds, by about 86 MB/s, though is faster on average by only 8 MB/s. Where the manufacturer specifications mentioned it trailed by 28%, it actually proved to be faster in 4K random read speeds – though within the margin of error.

In terms of write speeds, it has a 28% faster peak write speed, but is slightly slower on average by about 69 MB/s… nice. It does, however, trail in 4K random write speeds by about 24%.

Another surprising find is the fact that the XPG SX8200 Pro is far more energy efficient than the 970 EVO: showing a 43% less max energy expenditure (44% less on average) during a 50 GB copy.

Software installation time shows a slight advantage for the XPG SX8200 Pro, but it’s only 18 seconds for a 15-minute operation: about a 2% increase. A similar negligible advantage can also be found for the game-stage load time, of 0.62 seconds, which is ultimately unnoticeable.

Going back to the question of whether or not the Samsung 970 EVO is worth its current extra $20 cost over the XPG SX8200 Pro, the answer appears to be negative. The XPG SX8200 Pro has overall better practical results when tested, and this is also apparent in the PCMark 8 Storage 2.0 test, where it scores higher than the 970 EVO by 21 points (5109 vs 5088), and only trails to the Samsung 970 PRO by 6 points. Add to this the fact that the XPG SX8200 Pro is far more energy efficient (and less prone to overheating), as well as more durable than the 970 EVO, and it is safe to say that even if the prices were identical, the XPG SX8200 PRO would be the superior choice.

So, you can save the extra $20 for your next component, and invest safely into the ADATA XPG SX8200 Pro, which displays amazing value for its current price.